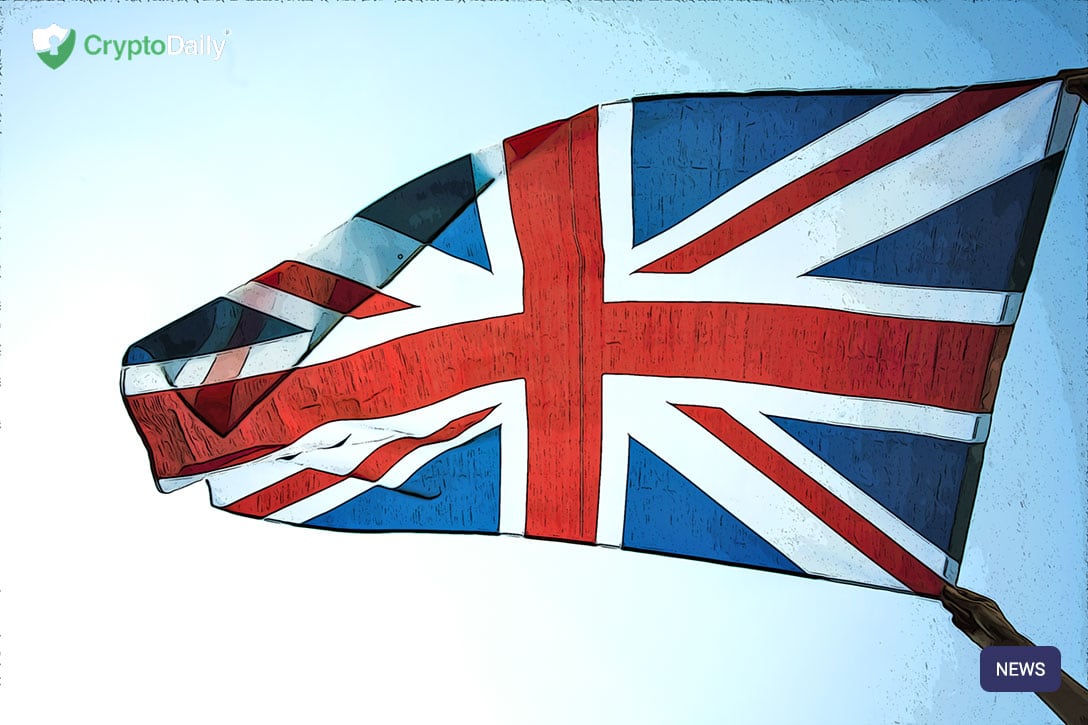 We continue talking about how the cryptocurrency sphere is developing in different countries.

Today we review the state of crypto in the United Kingdom: what’s new with cryptocurrency regulations, what are the FCA and Coinbase, is cryptocurrency legal in the UK, and other highlights.

Cryptocurrency Regulations in the UK

The UK is one of the leaders of fintech industry, counting more than 1,600 fintech firms and generating GBP 6.6B of annual revenue per year. They are developing so well that they can overtake the title of fintech unicorn capital of the world from San Francisco. However, the UK is not as favourable to cryptocurrency as it is to the fintech sphere.

Thankfully, the UK hasn’t banned crypto, but still it hasn’t issued any specific laws for digital money like Bitcoin, Ethereum, Stellar etc. Basically, the UK hasn’t implemented any active measures and is mostly sticking to the ‘wait and see’ strategy.

The Bank of England claimed that the size of the cryptocurrency market is not big enough to influence the financial stability of the United Kingdom or put their monetary system at risk. The Bank of England even decided not to classify digital currencies as money because of their limited adoption within the UK’s financial system in 2014. Of course, since then, the number of use-cases has significantly increased, though the definition of cryptocurrencies by the BoE remains the same.

One of the very few initiatives in the cryptocurrency sphere is the creation of the Cryptoassets Task Force. It is a group of senior representatives from the Bank of England, the Financial Conduct Authority (FCA) and HM Treasury that is studying cryptocurrencies and their technology, evaluating the associated risks and potential benefits, and developing an approach to cryptocurrencies within UK regulations. However, the working group hasn’t published any significant results of their findings yet.

Recently, the FCA published a guidance on digital currencies illustrating “a number of different elements that firms need to take into account when considering the regulated perimeter”. 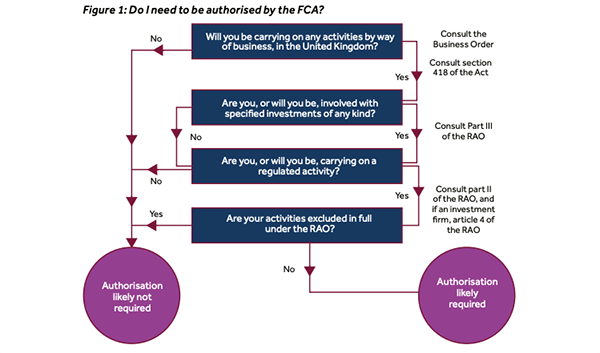 When it comes to taxation, Her Majesty’s Revenue and Customs were among the first authorities in the EU to release clear guidance on cryptocurrency taxation in 2014:

The only thing the UK’s government has banned is investment products connected with cryptocurrencies like derivatives and Bitcoin futures. The main reason is to protect retail investors as the crypto market is highly volatile. The final rules of investment tools based on cryptocurrencies will be developed in 2020.

Is Cryptocurrency Popular in Britain?

However, like in any other country, not many people are aware of cryptocurrencies in Britain. According to a survey by the FCA, only 27% of people defined the term ‘cryptocurrency’ correctly. These citizens were mostly men aged 20 to 44 who had learned about crypto through online news and traditional media.

The majority of Brits buy crypto on online crypto exchanges. They don’t borrow funds and rely only on their own money to make such a purchase. According to the FCA, the most popular reasons cited for buying cryptocurrencies were as a gamble (31%), or as part of an investment portfolio (30%). Also, some of the respondents expect to get easy-money from crypto and become rich quickly, and 4% had a strong FOMO effect. Often they bought some cryptocurrency after speaking with friends or acquaintances and colleagues who said they made a profit with crypto. The main things that prevent them from buying crypto are the high risk and a lack of knowledge.

The most popular coins among newbies in Britain are Bitcoin, Ethereum, and Litecoin, as they are the best known and often perceived to be the most ‘reliable’, having been around the longest and generated profits for people in the past. What’s interesting, people who are into crypto usually don’t have conventional or steady jobs and prefer freelance and part-time employment.

If we take a look at the most popular coins in terms of trading volume of the cryptocurrency/GPB trading pair, we see that Bitcoin, as always, takes the very first place. The second place goes to Ethereum and then follows Litecoin. The fourth place is taken by XRP and then comes, surprise surprise, Ethereum Classic.

Cryptocurrency Business in the UK

The regulatory uncertainty bore fruit, and we can say that crypto business in the UK is not widespread. However, there are several notable industry players located in the United Kingdom.

BC Bitcoin is a UK-based cryptocurrency brokerage founded in 2017. It offers the purchase and trade of over 100 different digital currencies including Bitcoin, Ethereum, XRP etc. It supports deposits and withdrawals in Pounds, Euros, and Dollars.

The company is easier to contact and more responsive in comparison to other Cryptocurrency Brokerages.

CEX.IO became known as a cloud mining provider and owner of the “GHash.IO” pool, which in 2014 covered 42% of the total mining power of Bitcoins. In 2015, CEX.IO announced the suspension of cloud mining services due to lower bitcoin prices.

In October 2016, “GHash.IO” was closed, and CEX.IO continued to function as an online cryptocurrency exchange service. The list of cryptocurrencies on the platform includes Bitcoin, Ethereum, XRP, Stellar Lumens, etc.

CloudHashing is one of the largest BItcoin companies in the world, headquartered in London. The company was founded by a former software engineer of JP Morgan and a contractor for HSBC — Emmanuel Abiodun — in 2013.

Coinfloor is one of the most popular exchanges among British crypto enthusiasts. It was the first bitcoin exchange to be registered as a Bureau de change with HM Revenue & Customs.

Also, they were the first to launch an exchange-backed peer-to-peer marketplace for bitcoin trader UK. Buyers can send money right to a broker with a local UK bank transfer. Coinfloor is also the first exchange to employ a sophisticated algorithmic rounding engine for fee calculation.

Circle was established in 2013 and became a well-known company among cryptocurrency and blockchain enthusiasts thanks to its products: Poloniex Crypto Exchange, USD coin, Circle Pay, Circle Trade, and others. They identify themselves as a “crypto-powered and people-centric” platform. Circle has $250 million support from investors like Goldman Sachs, BitMain, BreyerCapital, General Catalyst, IDG Capital and Accel.

The Prospects of the Сrypto Industry in the UK

The prospects of the crypto industry in the UK are quite vague. Retail investors seem to be safe but the businesses suffer from lack of action from authorities. Lawmakers have taken a sitting-on-the-fence policy and are making very small steps to a clear cryptocurrency regulation environment. Industry figures claim that the UK needs to introduce crypto-focused regulation to clarify how cryptocurrency companies should operate there. Otherwise, Britain might fall behind other countries in this cryptocurrency race.

This lack of conditions is already affecting some existing firms in the UK. For example, crypto exchanges are facing difficulties in opening bank accounts. According to CryptoUK, 73% of crypto companies have opened their bank accounts in other countries because of complications with banking in the UK. More than half of them were rejected and part of them even haven’t received any explanation from a bank.

Of course, positive moves towards the industry occurred when the FCA released guidance on crypto assets in July, however, it was a minor step. The environment is still confusing and too weak for crypto-related business.

The EU is going to implement the fifth Anti-Money-Laundering Directive in January 2020. The directive will introduce regulations for crypto wallet and exchange firms, forcing them to register with their local authorities. By that time, the United Kingdom will have left the EU so they’ll have to implement this practice by themselves.

The success of the crypto industry in the UK fully depends on the local authorities, who need to create clear conditions for cryptocurrency businesses. This is only a matter of time as the demand is huge. The only question that remains  is how long will it take for lawmakers to become proactive?

Solomon Brown, Head of PR at Freewallet. Drawn to the blockchain space by a belief in its ability to restructure global finance and passionate about telling stories, Solomon cut his teeth in startup promotion before joining Freewallet's PR Team in 2018.