Cryptocurrency Games: How To Turn Out A Reputable Income 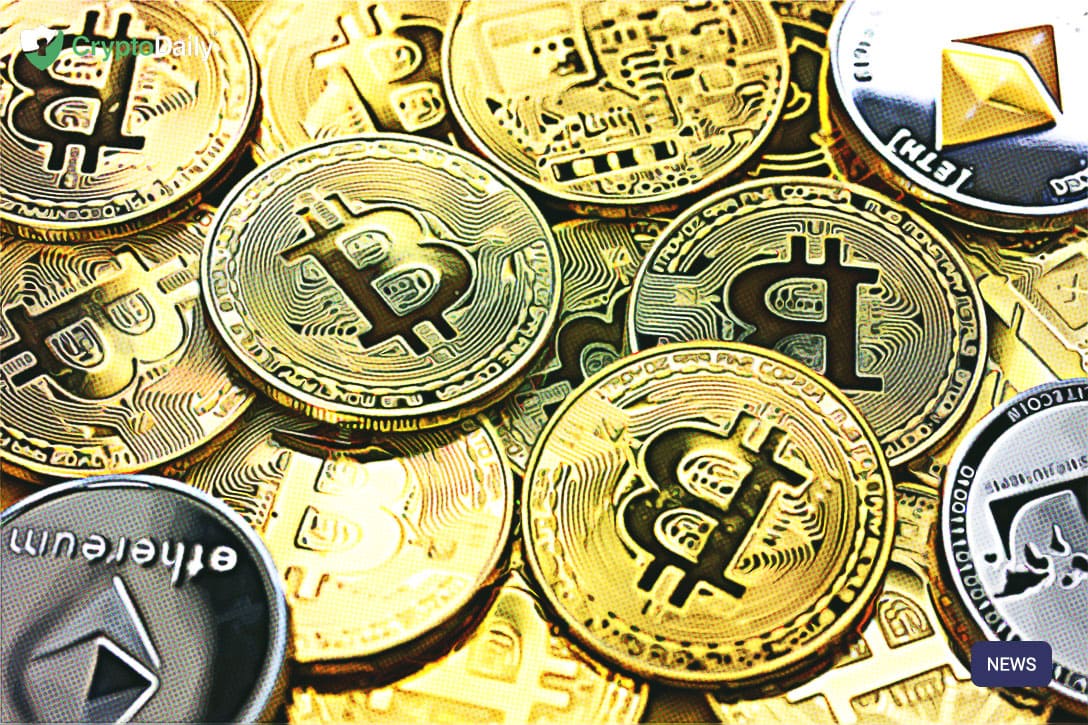 Cryptocurrency games combine the element of crypto-collectibles with social interactions, allowing for both chance windfalls and passive income.

Cryptocurrency games are one of the blockchain use cases that shows slow, but certain growth. Being the intersection of crypto tokens, social gaming, and collectibles, these crypto games are a staple for most large-scale projects, and they have one unique feature: the potential to create and store value in a way that standard gaming and in-game items cannot. Each in-game action can be tied to earning rewards through a crypto coin or token.

Some of the first gaming applications appeared on the Ethereum network, but according to the DappRadar tool, multiple networks are already hosting a healthy batch of brand-new games. Of course, most of them are gambling apps, but there are a few games where skill, foresight, and playfulness pay out more than sheer luck. This gaming category contains distributed apps that invite thousands of users each day, and the best ones are just growing the dollar value of all activity and transactions.

Now, new games are cropping up, with improved business models that combine an appealing gaming experience with the possibility to generate crypto-based income streams.

The game that started it all?

Cryptokitties took the crypto world by a storm, and spilled over to mainstream users. Suddenly, everyone and their cat were asking how to acquire ETH coins - the key to participating in the CryptoKitty bonanza.

Cryptokitties relied on an ingenious design team to create the first fully realized collectible game. All cats created within the game were unique, created through an algorithm to recombine features and create cats from new generations.

The premise behind Cryptokitties was deceptively simple - buy a kitten, “breed” with another, then sell the newly conceived one. But there were many twists and turns. At first, for a year, the game generated valuable “first-generation” cats, which appeared roughly every 10 minutes. Buying such a cat was expensive, and there was a fairly large secondary market for first-gen kitties. One of the most expensive kitties commanded a price of $140,000, eventually becoming part of an art piece.

Now there are more than 1.15 million digital cats inhabiting the Ethereum network, encoded as a special kind of token. The token standard, known as ERC-271, protects non-fungible assets; every token is unique and irreplaceable. Ownership of such tokens gives legitimacy to the crypto collectible, making it more than a simple picture on the Internet. The value of these tokens and collectibles allows gamers to earn income on selling their items, banking on rarity and demand. While this model has allowed for windfall earnings, it is less suitable for a steady income stream.

What’s needed for a steady income

There is a big problem with having each in-game event reflected on the blockchain. In the case of Cryptokitties, there were days when players were surprised to see fees rise significantly, so it was suddenly prohibitively expensive to breed a cat. The game competed for resources on the Ethereum network, essentially freezing on some days and making players give up. Despite the initial hype and high prices, Cryptokitties failed to offer a way of leveraging predictable income streams.

CoinDogs, one of the newest cryptocurrency game featuring dogs instead of kittens, follows some, but not all of the features of Cryptokitties, as the game attempts to offer better speed and more chances for generating income streams. The CoinDogs game keeps all the data regarding the dogs’’ features on an off-chain digital ledger. In the future, the plan is to assign a token to each dog and secure it to a blockchain as soon as the team discovers the right technology that will not slow down performance.

CoinDogs offers multiple chances for reward generation. For starters, breeders can carefully choose the features of other dogs, to achieve pure breeds, then generate revenue streams by renting out the pure breed. Through Snapchat, Twitter, and Facebook, it is possible to reach out to other players and advertise a dog’s features. The more players join in, the more rewards that can be reaped from renting out the dog.

It’s not just for show - a player can choose to breed a dog for speed, and thus win more races. Since races can be set up automatically, a dog can bring in multiple revenue streams.

While Cryptokitties allowed players to only spend and earn ETH tokens, CoinDogs accepts some of the best-established coins, with Litecoin (LTC) being its primary asset along with Bitcoin (BTC), Ethereum (ETH), and many others. A word of warning - Cryptokitties rose fast, but the hype was short-lived. Currently, the game has lost most of its appeal and has around 400 daily users, with only 3.5 ETH traded. A livelier game may offer better earning opportunities.

Can gaming turn into earnings?

The first crypto game, Cryptokitties, had an element of chance and the collectibles carried with them high, speculative prices. Cryptokitties serves a warning that a highly speculative game offered windfall revenues, but not enough steady income. Currently, active playing has diminished, while cats are traded on the secondary OpenSea market. CoinDogs, however, is a new game that optimizes playing in ways that could turn into steady income streams. 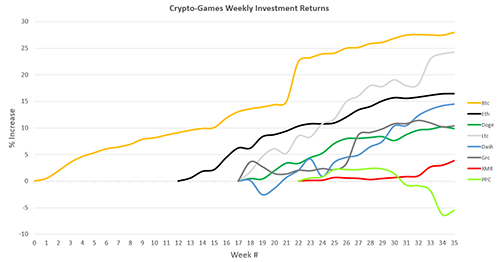 CoinDogs is currently working on its ICO launch, with a plan to issue the DOG Token. The digital asset will allow investors to receive dividends from the earnings of CoinDogs games, as shareholders in the company. The ICO will have the chief aim of raising funds for the future development of their game ecosystem, constantly adding new features, as well as adding new games.

Turning a crypto game into revenue streams is thus highly dependent on the game’s social and business model. To build a reputable income stream from crypto games a player must combine active playing and promotion with automation and passive income streams. As the games grow their user base and take over social media, so will the income.