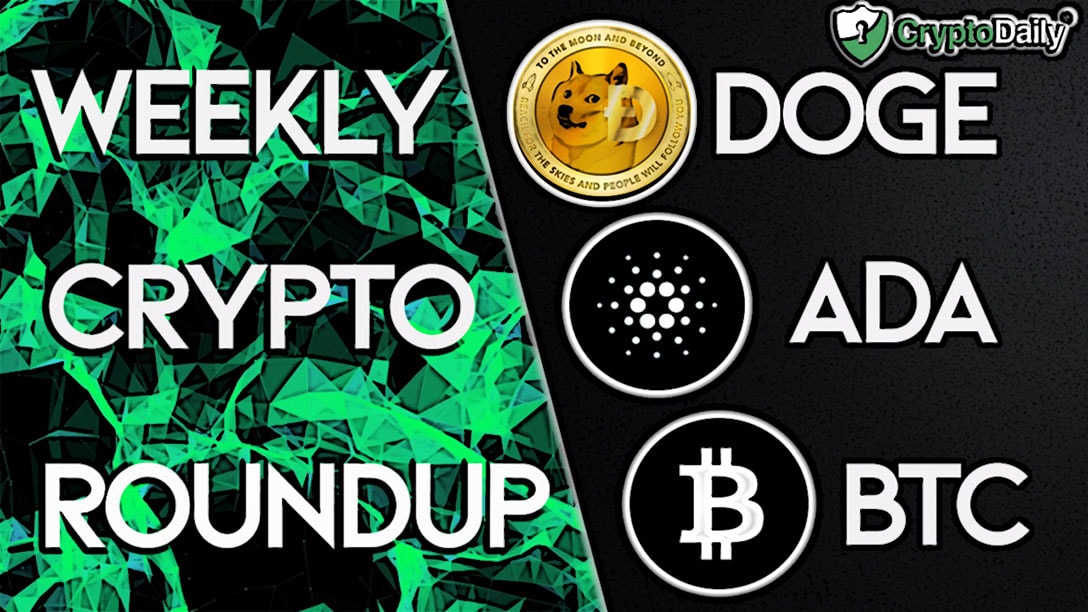 Another week, another crypto! Over the past week, several exciting news stories have surfaced which we’re going to go through over the course of this video. This week saw Bitcoin ATMs reach a new international milestone, Cardano’s Shelley Testnet go live and we’re going to take a look into an argument made on how Dogecoin could be a hedge against Bitcoin price drops and how said argument makes some good points.

When the first Bitcoin ATM was installed six years ago in Vancouver, it was an iconic sign that will echo throughout history like the American soldiers raising the flag on Iwo Jima in World War Two… okay so maybe it isn’t that iconic but it still started the groundwork for the adoption of Bitcoin ATMs.

Ever since that day in Vancouver, the number of Bitcoin ATMs have increased massively. Just a few months ago we were reporting that the number of BATMs had surpassed 4,000 but today we have a new milestone to report on.

Now, the number of BATMs across the globe totals to 5,016 exactly at the time of writing. Funnily enough, when we reported this earlier in the week, that number was at 5,006 so in just two days that number has already gone up.

The United States is the leader of crypto ATMs with more than 3,200 locations holding the machines across the nation. This sums up to sixty percent of the world’s total with Canada is just lagging behind with around 680 BATMs over the country.

BATMs haven’t had a good history in the eyes of the law. It’s not like they were designed to cause crime but scammers and hackers have been helped thanks to the machines. Down under in Australia, the ATMs are the most common method of scam payment according to the nations tax office.

🚨The WPS Financial Crimes Unit has received numerous reports of frauds involving BITCOIN ATM's.🚨  Victims are being pressured by scammers to attend the machines and send bitcoins. REMINDER: Government agencies will NOT accept bitcoin. pic.twitter.com/kRfx2dSh1w

Maybe the future will be a brighter one for Bitcoin ATMs.

The Shelley testnet is one of the most anticipated steps on the development of the Cardano blockchain. Well now, the testnet has gone live and according to an official statement from the Cardano Foundation, the website for the testnet was up and running from June 21st!

Created by the co-founder of Ethereum Charles Hoskinson, Cardano has introduced a new roadmap that showed the project is shifting itself from Byron to the new Shelley era.

On Cardano’s site, it states:

“Shelley will see the introduction of a delegation and incentives scheme, a reward system to drive stake pools and community adoption. As a proof-of-stake network, users stake their ada to participate in the network. Painstakingly designed using game theory and the latest research into proof-of-stake networks, the delegation and incentive scheme will allow and encourage users to delegate their stake to stake pools – always-on, community-run network nodes – and be rewarded for honest participation in the network.”

There will be different phases for the stake pool testnet with the first phase allowing users to host a rust self-node and establish the basic configuration of stake pools.

Cardano is a great project that’s worth keeping an eye on. The developments that are being undertaken by the team there have a lot of potential and are worth keeping tabs on for the future.

The widely known Dogecoin (AKA ‘memecoin’) has surprised a lot of investors since it started. Initially launching as a joke, the digital asset ranks in the top thirty cryptocurrencies in the world.

The future roadmap of Dogecoin is a bit of a mystery but that hasn’t stopped its surrounding community from predicting what Dogecoin can become.

This is proven by a recent Reddit user who put forward the argument as to whether Dogecoin could be a hedge against the Bitcoin price drops.

An interesting concept which starts off saying how the price of Doge in satoshis drops when Bitcoin prices rise against the dollar, in general. This gives backing to the argument that Doge is a stablecoin asset but on the other hand, when Bitcoin drops, the price of doge in Satoshis increases.

With this in mind, Our Bitcoin News concludes that:

“If a person were to exchange their bitcoin for dogecoins at the BTC/USD pairs price peak, he/she/they would be able to exchange those Dogecoins back for more BTC afterwards, thus resulting in Dogecoin functioning as a hedge or short trade!”

The Reddit post goes onto say that DOGE has many features that make it fitting for the above function as a hedge.

“I guess the proof is in the pudding: my guess is that doge will rise spectaculairly when BTC starts to correct/drop. And then the much wow, when 1$,fomo, chinese year of the doge, will start again.”

An interesting concept, food for thought.