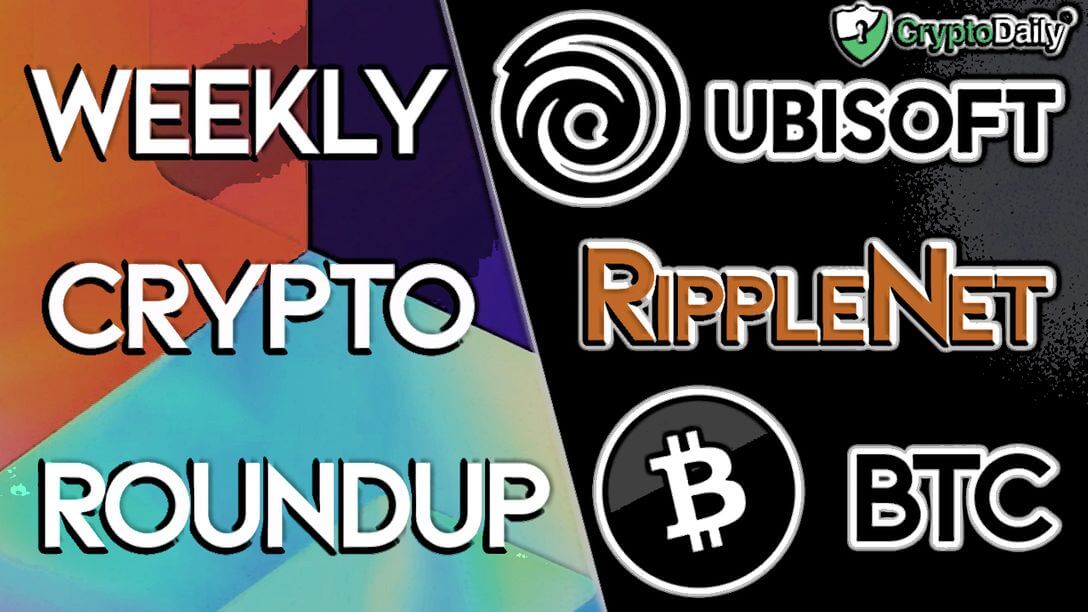 Welcome back to CryptoDaily’s weekly roundup! This week has been yet another exciting week for the world of cryptocurrency and blockchain and so today, we’re going to discuss Fundstrat’s Tom Lee who recently made a $40k Bitcoin prediction. We’re also going to talk about Ripple who have just expanded their operations to South America as well as how the gaming industry is making moves into the crypto space.

Ripple, the company behind the XRP token has just opened up an office in Brazil in order to get more clients on board with RippleNet, the network for institutional payment-providers. The company is also hoping to get local universities on board so that Ripple will be able to educate students on the benefits of blockchain tech.

According to a new report by business wire, the firm launched an office in Latin America to help spread blockchain awareness. The main focus of this expansion though is to help Ripple in the the sense of RippleNet adoption and other financial businesses across the country.

The former Chief Executive of Warranty Group, Luiz Sacco will be the one taking control of the new branch in Brazil. After he joined Ripple in the spring, Sacco has cited that Ripple wants to source for more clients to use the RippleNet system.

Ripple wants to make waves in universities too. The San-Francisco-based firm wants to partner up with some uni’s in the country to provide training programs, seminars and so on. In addition to this, Sacco says that this will help the promotion of distributed ledger technology as well as boost recognition of the XRP token.

Ripple is currently competing with SWIFT, another cross-border payment network but Ripple’s blockchain is reportedly used by around 200 companies on an international level. Over the next six months, we expect that this number will surge, especially as the firm expands into new territory like South America.

There is no doubt that cryptocurrency is an ever growing industry. One that has got several non-profit organisations showing significant interest. Despite this though, blockchain and cryptocurrencies as a whole haven’t really made any moves into the gaming space.

You might get dApp gaming but it isn’t quite the same as the AAA titles on your PlayStation or Xbox.

Things are looking up now though as it seems that one of the biggest game publishers in the world is starting the get involved in cryptocurrency.

As reported by the French publication - Les Echos - Ubisoft (Tom Clancy, Assassin’s Creed) has shown interest in the space as the French-based firm is eager to identify the potential applications of blockchain in gaming. The article also confirmed that Ubisoft’s team has already identified a suitable use case that can be put into practice.

“The idea is to give a digital existence on the blockchain to the “items” (accessories) available in video games; content that publishers monetize and which constitute a manna more and more colossal for the actors of the sector.”

This move by Ubisoft is definitely an interesting one as it will first start the project off on the Ethereum blockchain.

You might be a gamer yourself and whether you love them or hate them, you can’t deny that they are one of the biggest companies out there which is home to some of the best AAA titles such as Assassin’s Creed.

In the future, Ubisoft will most likely bring in in-app/in-game purchases through the Ethereum network but nothing suggests cryptocurrency will be leveraged any time soon for these kinds of purchases.

Tom Lee, the co-founder of Fundstrat Global Advisors has recently spoke of his most recent prediction for Bitcoin where he states when BTC hits $10k, after that it will hit $40k within just five months.

The $10k mark alone is a very anticipated key resistance level for Bitcoin but $40k is one that would be a dream to many investors.

During an interview with the CFO of Binance, Wie Zhou, Lee spoke about his bullish prediction where he claims that fear of missing out (FOMO) will kick in for many investors and the market will slowly surge.

As we reported earlier in the week:

He [Lee] goes on to say that it will be “fast and furious” on the run towards $20,000 and said that after $10k is reclaimed, he thinks that Bitcoin will reach $40k within five months.

The reasoning behind this was because when FOMO takes action with investors, the price has historically surged from 200 percent to 400 percent.”