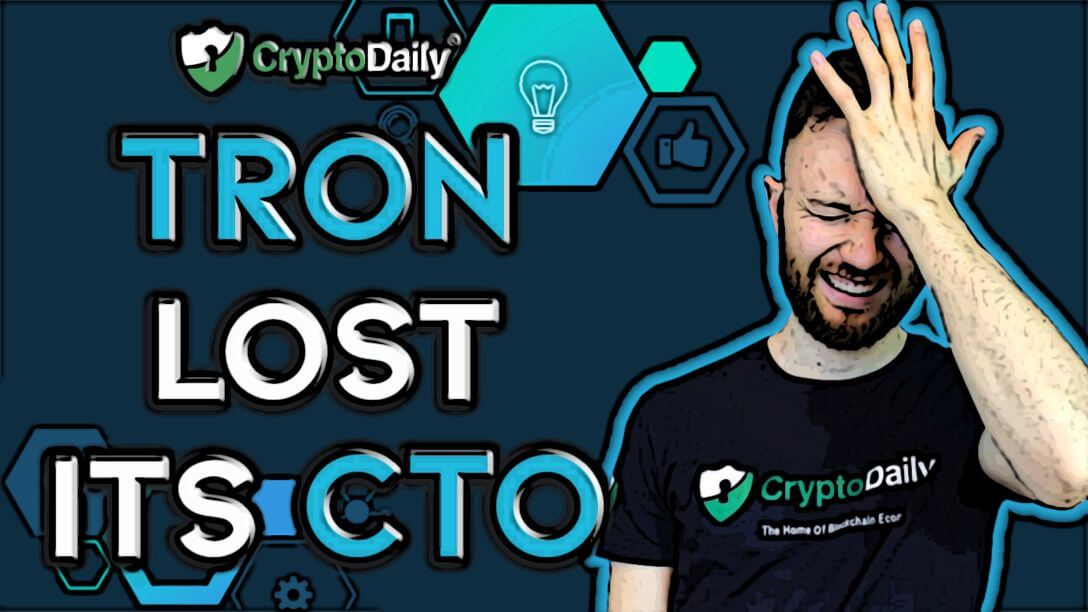 One of the most popular projects ongoing in the crypto space right now is TRON. Even though it is fronted by Justin Sun, there are a lot of people working on the project including Lucien Chen.

Although, Chen has actually just this week announced that he is leaving the TRON project over claims that the firm is no longer decentralised and it has run away from its goal of “creating a decentralised internet”.

So yes, the CTO - now former CTO - of TRON has left the project although this wasn’t his only reason for leaving.

Chen and Sun jointly launched TRON over a year ago, so the project is still in its early stages but the amount that it has accomplished in such a short time is nothing short of phenomenal.

Working on TRON behind the scenes for two years, Chen says:

“I felt the wheel of destiny turning rapidly and I also went forward under the drive of the wheel. At the beginning, Justin was in America when ICOs were banned as the unauthorized illegal financing activity on September 4th, 2017. In my efforts, the formation of the domestic team and the coding all started from scratch, and the currency began to soar from ICO. Until now, looking back on the past, it seems like a dream.”

The TRON Foundation has employed hundreds of people during the stages of open source, testnet launching, mainnet launching the acquisition of BTT and the ecological of TRON dApp. We have seen TRON release a project that is a top ten cryptocurrency, which they achieved in just a few months. So even though, TRON has a successful (short-term) history, Chen claims that the project isn’t as good as it was.

This is when the now-former CTO explains his reasons for leaving.

“The reason for leaving is very simple. As a technical man, I feel very sad that the TRON has departed from the faith of “decentralize the web”.

‘TRON is no longer decentralised’

In building a technology like TRON, Chen is well-aware of how real Internet applications won’t be able to function on the TRON network in the circumstance. As it stands, TRON’s ecosystem isn’t on target according to Chen when it comes to the users and commercial adoption.

And so with this, dApp in TRON is basically all about the gambling and funding project according to the former CTO.

Chen says that in the DPOS and Super Representative node, there is an issue of centralised voting that some nodes and voters hold more than as much as ninety percent of votes.

So it seems Chen is leaving to follow what the blockchain is truly about, decentralisation.

The former CTO says that he is ‘rebuilding’ TRON which seems centralised around certain aforementioned aspects and there doesn’t seem to be a diverse feature in TRON’s ecosystem, according to Chen.

He goes on to say:

“I am deeply sorry to see the project that has grown up in my hands has become like this. The dreams and visions that Justin told me have been ruined. After several months of thinking, I decided to start the Volume Network(VOL) Project.”

The Volume Network (VOL) is the new pet project from Lucien Chen which aims to be a true and decentralised blockchain platform. Chen says that he has dreamt of this kind of project from when he first joined TRON.

Speaking on the mining side of things, he says the top 27 SR nodes have more than 170 million TRX votes but most are controlled by TRON itself.

“I always believe that mining blockchain project is the real spirit of the blockchain. Contribution to the project should be determined based on proof of workload rather than the size of the holding position. The data also illustrate this viewpoint. By the end of the Q1 of 2019, mining- based digital money accounted for more than 70% of the total digital money market.”

Moving onto the consensus mechanism, the mainstream of cryptocurrency based on PoW mechanism in blockchain is currently facing a lot of issues due to its high energy consumption, centralised computing and expansion problems.

“With the experience in TRON, I think that the PoST [proof of space and time] based on hard disk capacity is more suitable for the consensus algorithm, which is the proof of space time mechanism of Volume Network.”

The founder of the Volume Network finishes off saying that this is his big vision to ‘fix’ TRON. VOL aims to be fully decentralised, community-based and an innovative entity.

Lucien believes that this is the project that will truly conform to the spirit of what is blockchain.

PREVIOUS Best Day of the Week to Trade Crypto? The Results May Surprise You
NEXT BTC/USD Volatile After Pop Above 12000: Sally Ho's Technical Analysis 3 August 2020 BTC