Blockchain For Good Is Good ...And It's There 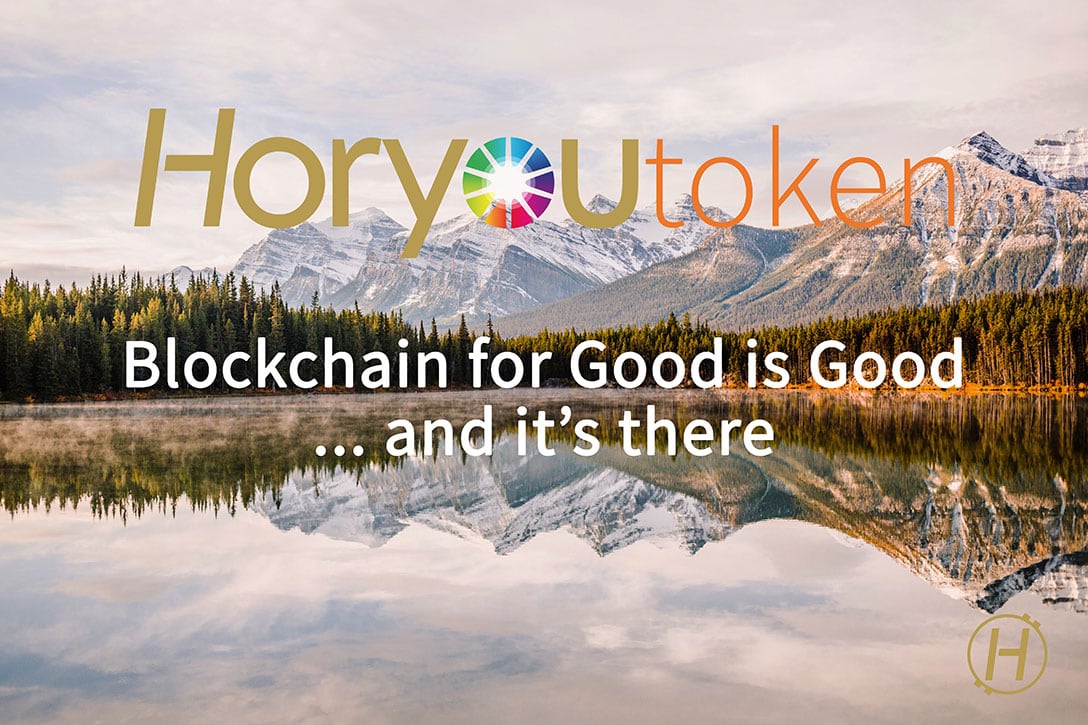 On more than one occasion, the traditional banking and finance circles have warned that virtual currencies are unsustainable, volatile and speculative in essence. Although the warning should not be taken literally, there is reason to take it seriously, if only for the turbulence that has recently affected the major cryptocurrencies. That's their dark side.

But to consider only that aspect would be to ignore a brighter side which holds the promise of better transparency and inclusion that Blockchain, the technology cryptocurrencies are built on, holds.

For indeed there is a bright side to Blockchain.

Blockchain exposes its brighter side when it underlies a network of good will; when it sustains a global community that promotes social good and financial ethics, in the shade of technology and innovation that serve inclusion and help shape a better future for all. This is not utopia if only because, after all is said and done, Blockchain is merely database. Open database, peer-to-peer, intended to be shared.

As infrastructure that is used to store, reference and transfer data, as well as a mechanism by which all data is recorded as is, with no possibility to alter, pervert or suppress, Blockchain withholds a secure way for financial transactions. Consequently, whether public with no permission required, or private requiring permission, Blockchain is by nature transparent. Furthermore, all actions (read, write, or read and write) engaging the network and the transactions taking place within it must be validated by, and visible to all those involved in the network who retain the benefit of a shared infrastructure while maintaining a high level of security and privacy.

Clearly then, the question is not to determine whether, as such, Blockchain is good or bad, but rather how to best use it? How to use it for the good?

This is not wishful thinking. In September of last year, in Singapore, sustainability (UN SDGs) and inclusion via Blockchain technology were the central theme of the sixth edition of SIGEF – the Social Innovation and Global Ethics Forum – organized by Horyou, the social network for social good during which 40 world experts in the fields of Smart Cities, Clean Energy, Fintech, Medtech, Climate Change and Gender Equality, have exposed experiences and propositions as to how to assign a purpose to Blockchain, and thus to create "a unique opportunity to help shape a better world".

Blockchain for good, that's Horyou's idea, a global social network established in Geneva since 2012 that hosts a community of social good doers from 180 countries, including more than 2500 NGOs operating on all five continents, and a thousand innovative and inclusive project holders. Horyou is a firm believer that Blockchain, when assigned with a purpose, has the potential to be an enabler and accelerator of positive change. Which is why its Blockchain Evangelists founders, following SIGEF's September session, have listed their own HoryouToken on Christmas Day.

Yonathan Parienti, Horyou's founder and CEO, claims that when properly used, Blockchain can be "a powerful disruptive means to contribute to shaping a more inclusive and harmonious world, in resonance with the United Nations 2030 Agenda for Sustainable Development. As such, it aims to create a community incentive to leverage social media activities and induce positive and meaningful interactions, as well as to enable social good."

Technology that serves the economy and makes it more sustainable and inclusive has been much talked about and less often implemented. In no small part, that tells us why more often than not the word "technology" rhymes with concentration of financial leverage and power. Blockchain which, by nature, is decentralization of power, would thus be the promise of a new way of embracing technology that induces more inclusion and participation. On that ground, HoryouToken should be given some consideration. Sure thing, Blockchain for good is good indeed... And it's there!

* HoryouToken (HYT) is listed on CoinTiger and LATOKEN.