Cardano: How ADA is Learning From Ethereum’s Mistakes 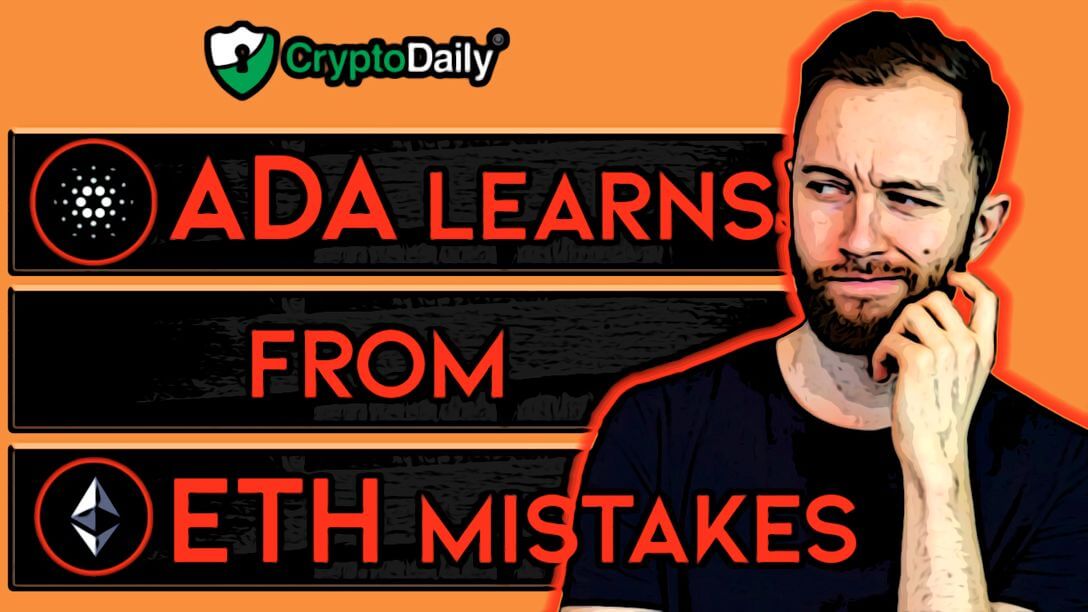 The potential of blockchain is almost limitless, it’s almost scary how much of the future could be in blockchain technology. One of the most terrifying ideas of blockchain tech is the idea of putting your faith and identity to a technology that still isn’t completely ready nor finished.

As Andrew Ancheta writes for CryptoBriefing, it’s similar to the problem in Jurassic Park where the creators are so caught up with what they are making that they haven’t considered as to whether it is the right thing to do.

Of course, blockchain is a little different to dinosaurs in a film from the 90s but the concept is right there in the technology. Just look to Gerald Cotten, who’s untimely death and privacy kept the QuadrigaCX exchange locked with people’s funds lost for what will most likely be a substantial amount of time i.e years.

A lot of projects think they can do better. For example, Ethereum has generated numerous duplicates, most with their own cautionary tales about technology and ethics.

Cardano, the three-way collaboration between the Input-Output Hong Kong, Emurgo and the Cardano Foundation, is another project that falls under this category, so to speak.

The founder of the Cardano project, Charles Hoskinson is a veteran when it comes to the crypto space and an ‘alumnus’ of the early days at Ethereum.

A few months ago, Hoskinson spoke to Ancheta and said, “what we’re doing with Cardano is taking a very-first-principles approach.” In 2015, Cardano began and in the same year, Ethereum launched and it has yet to release a completed blockchain system.

“With Cardano, we thought about this and we didn’t say we knew everything,” said Hoskinson.

Instead, the project partnered up with universities and set up research labs to explore the potential problems. Analysts at Cardano have produced more than forty papers and a lot of them have their focus on peer-reviewed on subjects ranging from smart contract development to producing a proof-of-stake algorithm which is the same as PoW in many main properties.

All those that are waiting have cost Cardano billions in market capitalisation but it also spared investors from the errors that afflict other blockchains.

“By rushing, it’s hurt the consumer horrifically. It’s hurt them with privacy, billions of dollars of hacks, the DAO hack, the Parity bug, every day there’s an issue with EOS where people are losing money.”

For Hoskinson, the DAO crash embodies all the things that are wrong with the world of smart contract blockchain. The issue isn’t the fact that a program was plagued with a glitch or that the glitch was successfully exploited. For a successful smart contract platform, both of these issues are bound to happen.

This is what could happen to Cardano in the future too.

Hoskinson explains that the real problem is that “it wasn’t clear what the burden of consent was.” With Ethereum developers, they had to put a lot of their trust in the code and they didn’t seem all that prepared for the code to take on a life of its own.

So the only option from there is to hard fork, which doesn’t just split the protocol but what about the human factor? As in, the community around Ethereum are then divided and not to mention that if Ethereum can be forked once then it will be bound to happen again.

Crisis’ like DAO can be prevented in the future and IOHK has a few ideas when it comes to this.

The first thing is that instead of the buggy Solidity, Cardano contracts are written in Plutus, which is a strict programming language which was designed for financial applications on a decentralised level.

“The advantage of having Plutus as a programming language, is we simply don’t suffer from the type of bugs that created the DAO incident to begin with. We can get strong formal guarantees that these things can’t happen.”

If a future hack did occur on Cardano, there wouldn’t be a debate as to what the community wants as Hoskinson adds:

“My hope is, by the time we get to that point [of a DAO-like hack]— It inevitably will happen, it happens in all systems,— basically we can arrive at a conclusion better than what Ethereum did. Which is to do something very controversial, accept that you’re going to have a hard fork and a classic version, and a bad social dynamic of your system.”