A Crypto Superwoman: Learn To Love Blockchain By Mastering Its Superpowers 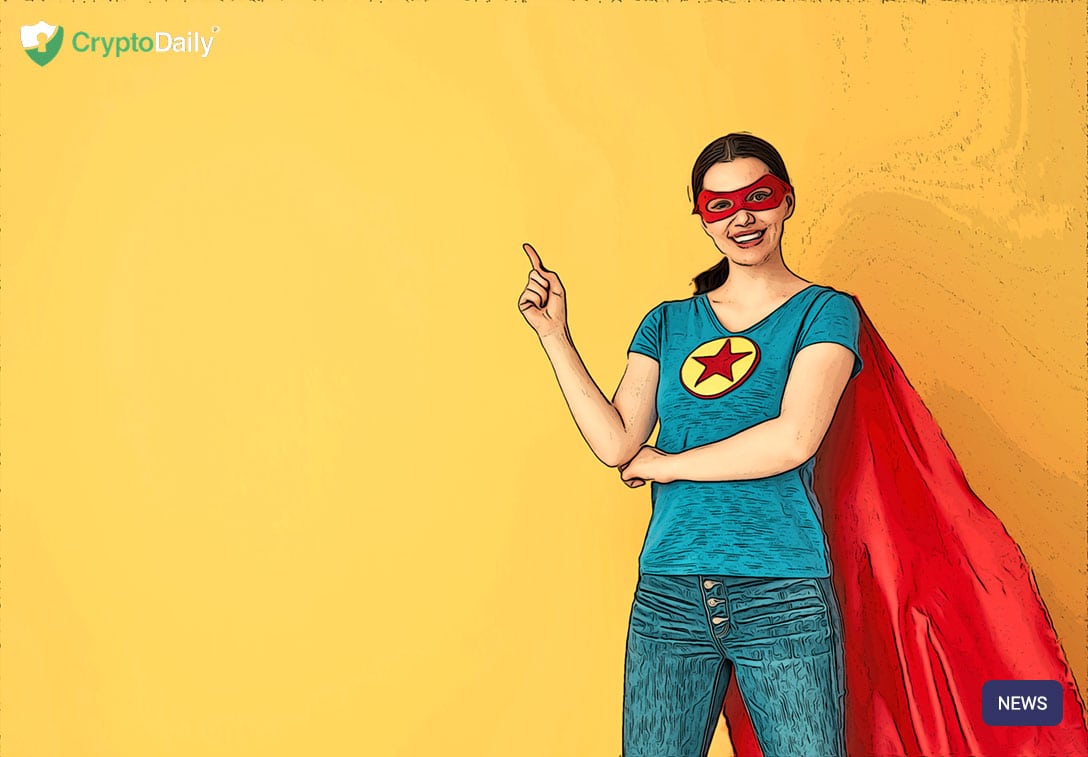 A lot has been said about the lack of female presence in the blockchain world. Could blockchain become the next inclusive space? Many publications, including the New York Times, have pointed out how unwelcoming this male-dominated industry is to women who try to get involved. We could blame it on men, but it’s not the first time women have encountered difficulties when trying to participate in a blossoming industry. All throughout history, women have had to find ways to let men know that we also have ideas and skills, and the right to speak and participate. So, what exactly is stopping us right now? Could it be that we’re just not that into blockchain? Many women have told me blockchain doesn't interest them. I didn’t find it interesting in the beginning. I thought it was complicated and boring, because everyone who tried to explain it to me made it sound that way. I’ve learned that blockchain has the ability to empower us in many exciting ways, and since knowledge is power, I decided to share a few examples of blockchain superpowers that make it extra compelling, and sometimes dangerous:

Most superheroes embody the idea of invulnerability since human fragility is one of our greatest weaknesses. Do you remember how Voldermort made himself nearly indestructible? Voldemort divided his soul into seven Horcruxes. He created multiple Horcruxes so that if one was destroyed, it would be only marginally detrimental to him, making him - almost - undestroyable. Blockchain works similarly, except in a totally not evil way! Blockchain decentralizes data in different nodes, which makes it very difficult to harm as a whole, as opposed to those systems that store data on single servers or folders. In order to destroy the ledger, hackers would have to seize control of 51 percent of the nodes hosting the blockchain. With a network composed of millions of independent machines, this is highly unrealistic.

Humans have always longed for immortality as well, and it’s a popular subject in fiction. However, most of the time immortal characters yearn for death because living forever turns into a difficult endeavor.  Blockchain technology can enable people to leave behind a remarkable legacy, which makes the dream of immortality feasible. Leaving behind a legacy for the betterment of humanity is a powerful motivation, and blockchain could be the way to do it. For example, people can create electronic tokens that contain personal items, such as photos, videos, or other messages that can be passed on to future generations. Cancer patients with personal medical records can choose to make their data public in order to advance research. As previously explained, blockchain immutability denotes that data can’t be modified or deleted, making it possible to trust that our legacy will never be tampered with or lost and will remain available for future generations.

Invisibility is another powerful advantage to many superheroes, including, again, Harry Potter and his crew. Remember how cool was his invisibility cloak? Blockchain grants invisibility by providing absolute anonymity and security for users. Anonymity is granted because your personal data remains accessible to you and only you. While each transaction you make appears on a public network, the transactions appear as a sequence of numbers and nobody can tell who they belong to. Therefore, you become completely invisible on the blockchain.

Remember Hermione’s time-turner? Hermione was given a time-traveling device to be able to attend more wizarding classes. As we learned from watching Back to the Future (over and over again), any minor changes in our past could completely jeopardize our entire existence. This is why the time-turner can only be used to reverse time up to five hours; to avoid any serious harm to the traveler or time itself. Ok, to be fair, blockchain won’t take you to the past to visit your favorite Hollywood movie stars from the ‘20s.

Time manipulation is a perfect analogy of how blockchain works, and it helps us understand why traveling through time is so dangerous. Time only goes forward, which is a universal rule that makes our existence possible. Blockchain works in a similar way. As explained in this article, Ethereum creates a new block every 17 seconds or so. These blocks are in charge of updating each transaction on the ledger, and ensures that users can’t perform the same transaction twice. Blockchain was developed not to allow reversal of time. Once you perform a transaction, there’s no way to delete it or “go back in time.” All transactions ever are linked together — since the beginning — so that the only way you could fake a change to an old transaction would be to re-do all the transactions since - which is impossible because blockchain records are kept scattered across the distributed ledger system, and if you falsify transactions on your end, the other ledger keepers will “disagree” and reject you from the network. You can only go forward, and that’s how the blockchain universe keeps existing. The 51% attack refers to the possibility of more than 50% of nodes acting in their own interest to falsify transactions. If that were to happen, the network under attack would lose all of its reliability, breaking down the security and usefulness of the blockchain itself.

We might not have magical powers quite yet, but we’re developing technology that works even better than magic (or at least with fewer dangerous consequences). Longhash's data journalism platform performed a survey on 100 blockchain startups, which included 1,062 team members, 326 founders or C-suite executives, and 473 advisors. The survey revealed that just 14.5% of blockchain startup team members were women. In the #metoo era, this is clearly a problem. Those who work in crypto seem to belong to a secret club in which only a few are allowed to learn and profit from its amazing features. From immortality to invisibility, blockchain provides an endless world of possibilities for women in search of new and exciting professional horizons, and it’s about time for women to become active members of the club.

About: Julie Tanner is the co-founder and COO of Platon Finance. Platon Finance was established in 2017 by Daniel Tanner, a serial entrepreneur with more than 15 years of experience in IT, alongside Julie Tanner, a PR expert. Born and raised in Siberia, Russia, Julie learned from an early age the challenges of succeeding in a male-dominated culture. She’s been working hard on building an organization that focuses solely on uniting, educating and helping people to do better. Platon Finance is her dream come true.