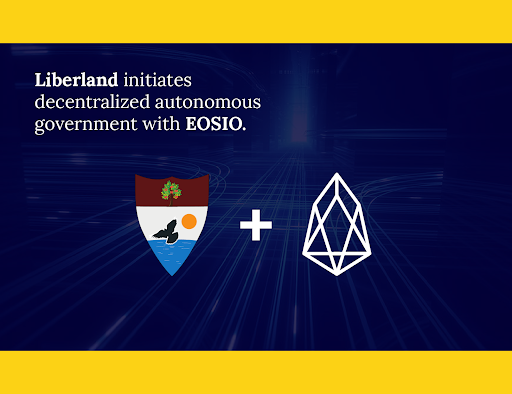 The Free Republic of Liberland, a sovereign nation founded on 13th April 2015, seeks to build an open source government that will maximize the freedom of its citizens.

To that end, the country is building a Decentralized Autonomous Government (DAG). This concept is an attempt to combine the best elements of a republic, democracy, meritocracy and decentralized autonomous organizations.

To implement DAG, an operating system had to be selected. After heavy research on various blockchain platforms, it was decided for a new and personalized chain to be built based on EOS.IO software. Liberland president Vít Jedlička explains the decision:

“We have chosen EOS.IO because it’s a top-rated technology and it provides a lot of the features necessary to run country management on a blockchain. For example, it will allow us to have our national assembly, judiciary and even company registrations in one integrated system that can evolve over time.”

Other factors that contributed to the decision to use EOS.IO were:

To advise us on the use of blockchain technology and build the necessary tools to implement Liberland's DAG, we are pleased to announce a collaboration with the independent tech collective, Ghostbusters.

Ghostbusters shares Liberland's core values and are motivated towards the same higher purpose. They are also well-known in the EOS community for maintaining technical soundness of the EOS mainnet as well as sister-chains and participating in significant projects for EOS adoption.

Vahid Toosi, Presidential Advisor, and member of Ghostbusters, states the importance of blockchain for Liberland:

"Cryptocurrencies or blockchains or distributed ledgers, whatever you choose to call them, are not necessarily here to take us to the moon in terms of financial gains, they are here to actually change the fundamentals on how the Internet is built.

[...] Liberland is building its whole fundamentals on blockchain, the backbone of the country. And that’s where the Ghostbusters come in. Functions and tools such as voting, government expenditures, passport and company registry will be run on the blockchain, of course without risking the privacy of the citizens. For Liberland, blockchain is not just a ‘nice-to-have’, it’s a ‘must-have’. It avoids seeing history repeat itself when it comes to corruption or unfair treatment but also efficiency gains that comes with fully digitalized systems. Our work here could provide insight on how other countries can apply blockchain in the future and benefit from our system.

“Launching Liberland's DAG is a challenge, and we might encounter various issues along the way. However, with talented partners who share the same vision, we can establish solid foundations of decentralized governance,” states President Vít Jedlička.

The Free Republic of Liberland welcomes all members of the EOS community and other blockchain projects to participate in building a true decentralized and free country.

Hopefully, our experiment will have a positive impact on various societies with different cultural backgrounds. Thank you for supporting us - we appreciate your trust, participation, and feedback!

More elaborate press release to follow regarding timeline and the objectives with the DAG.

Free Republic of Liberland is a sovereign state located between Croatia and Serbia. President Vit Jedlicka is the founder and elected head of state. With its core elements of direct democracy, Liberland is a constitutional republic which has been gaining global recognition since its proclamation on April 13, 2015.

EOS.IO is an open-source blockchain software protocol promising scalability, flexibility, and usability. Developed by the software publisher Block.one, it has been expanding its community and actual usage in a global scale.

For more information, visit the developer portal at eos.io

Ghostbusters is an independent tech collective that believes in a decentralized future. They have been actively working together on various projects since they started their collaboration on EOSIO first community testnet.

To find out more about Ghostbusters, visit https://ghostbustersx.io/