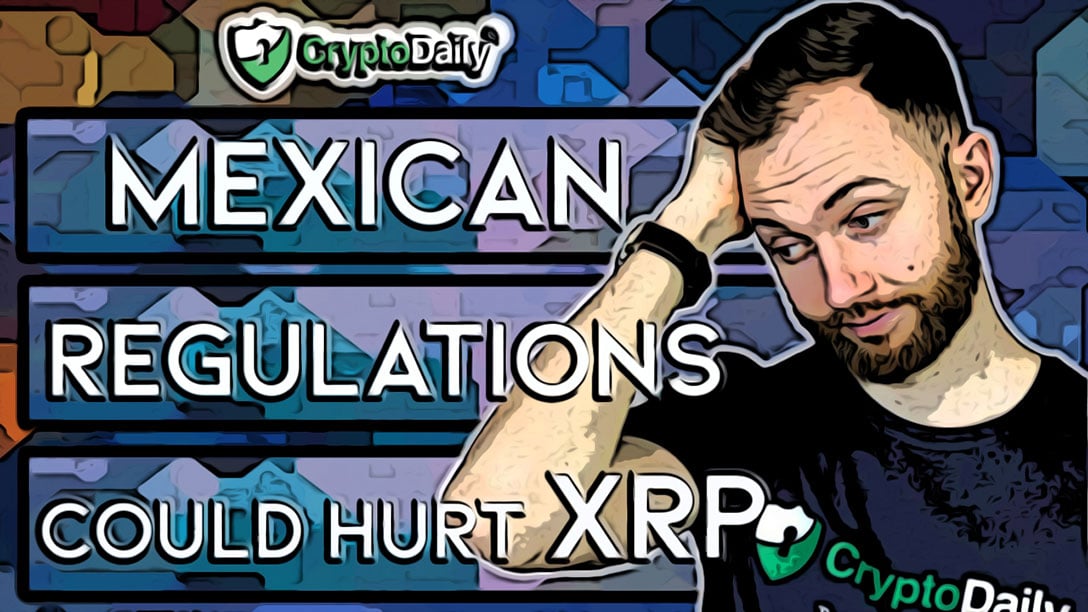 We have seen several reports over the past months describing how different countries are looking to regulate cryptocurrencies and blockchain technologies. This is a trend that has continued through the past year, with governments now starting to explore blockchain technology in order to prepare for how their country might handle a surge of cryptocurrency adoption in the future.

Governments need to know what to do when their citizens start using cryptocurrencies as there is a risk that their own sovereign currencies could be challenged by a rise in Bitcoin, or similar. Moreover, governments also see this as a chance to generate tax revenue, so of course, they will want to have regulations set up to allow them to see a regular stream of tax based income from their citizens cryptocurrency holdings. Yes, crypto was created to reduce government control, however, is this not just an inevitable part of our society anyway?

Mexico seems to be the next country to hit the headlines with regards to cryptocurrency regulation, not so far behind Venezuela who have also been in the news of late. Last week, on the 10th of March, the Bank of Mexico, or Banxico, released a statement in the Official Gazette of the Federation, detailing their new plans to regulate cryptocurrency - sometimes regulations can be positive, like we have seen in Japan for example, however with regards to Mexico, the cryptocurrency think the current moves in the country could be devastating for the global Bitcoin industry.

According to Finance Magnates, Sebastian Acosta Checo, the CEO of Mexican cryptocurrency exchange Isbit has commented on this recent announcement by Banxico:

“Mexico is the endpoint to the biggest remittance corridor in the world (second largest population of migrants), the 6th most visited country by tourists and is the country with the largest number of free trade agreements. The Mexican economy has a lot to gain from the industrial application of virtual assets to facilitate free trade, tourism and financial inclusion. The impact goes beyond the crypto industry. I believe it damages the economy as a whole.”

What Checo is saying here is that Mexico has a vast platform for remittance payments, something that cryptocurrency projects such as Ripple and Stellar are working on improving with blockchain technology. Remittance payments are a type of international transfer, generally used around immigrant populations and visitors to other countries to transfer money to and from their country of origin, be that into their own bank accounts or funds, or, to their families bank accounts. Cryptocurrencies like XRP make these payments faster and cheaper. So, since Mexico has a huge immigrant and tourist population, it’s a bit of a hub for the facilitation of remittance payments - payments that can be made better with crypto, though if these new regulations are anything to go by, this might not be able to happen at all.

We’re not super clear on the full extent of the new regulations in Mexico, though we do know that this applies to Financial Technology (FinTech) in general, so, crypto is sure to be impacted by it. According to Finance Magnates:

“The FinTech Law has been circulating through the Mexican legal system since spring of this year; previous drafts included language that clarified Mexico’s stance on the legal status on cryptocurrencies. In the September draft of the bill, cryptocurrencies did not have a standing as legal tender in Mexico. The legislation currently outlined in the bill proposes stricter regulations for banks than Non-Banking Financial Companies (NBFC). El Universal reported that the language of the draft acknowledged the need for regulation that allows authorities to mitigate risks and allow for growth in a competitive environment.”

Companies like Ripple and Stellar will be impacted by this - in short, this new law could allow any new regulations to be imposed at very short notice, giving the banks and government an awful lot of control when it comes to cryptocurrency in Mexico, in theory if they wanted to ban a cryptocurrency like XRP, they could.

You may wonder why this could have an impact on XRP, well, XRP does have quite a bit of authority in Mexico since Ripple themselves have used Mexico as a base to trial and test their remittance payment technologies. You may remember in January 2019, Mercury FX announced a huge XRP remittance payment from the United States to Mexico that used RippleNet to transfer around $4,500.00, saving around 31 hours for the transaction to approve, saving the companies involved around $100.00.

According to Crypto Potato:

“Mercury FX, a UK company that brands itself as a hassle-free and cost-effective alternative to banks for receiving and sending international currencies recently teamed up with Ripple and announced that they had processed their largest payments across Ripple Net using XRP (£3,521.67 or $4,552.41, from UK to Mexico). They cited that UK based Mustard Foods was able to save £79.17 and 31 hours on the transaction. Mustard Foods is a food production company that supplies over 500 restaurants in the UK and Europe. They’ve benefitted from Ripple Net by being able to make faster and cheaper payments to suppliers in order to get their ingredients more quickly.”

If these regulations do focus on remittance payments, which the probably will given that Mexico is a hub for such payments, there is a risk that cryptocurrencies like XRP and XLM could be banned. Of course, you can make remittance payments in any cryptocurrency (generally speaking) although obviously some are more advantageous than others. As a result, Mexico could indeed issue a blanket ban on all cryptos.

We hope this isn’t the case and indeed, we believe that if the crypto community start making lots of noise about it, the authorities will think twice. So, you know what to do, start making some noise and let’s make sure XRP is allow to flourish in Mexico, not the other way round!

PREVIOUS Expert Research: PrimeXBT To Surpass $250B In Trading Volume In The Next 6 Months
NEXT Where 2020 Will Take Bitcoin And Its Applications