Luke Stokes of eosDAC and Steem Witness Interviewed for CryptoDailyUK. 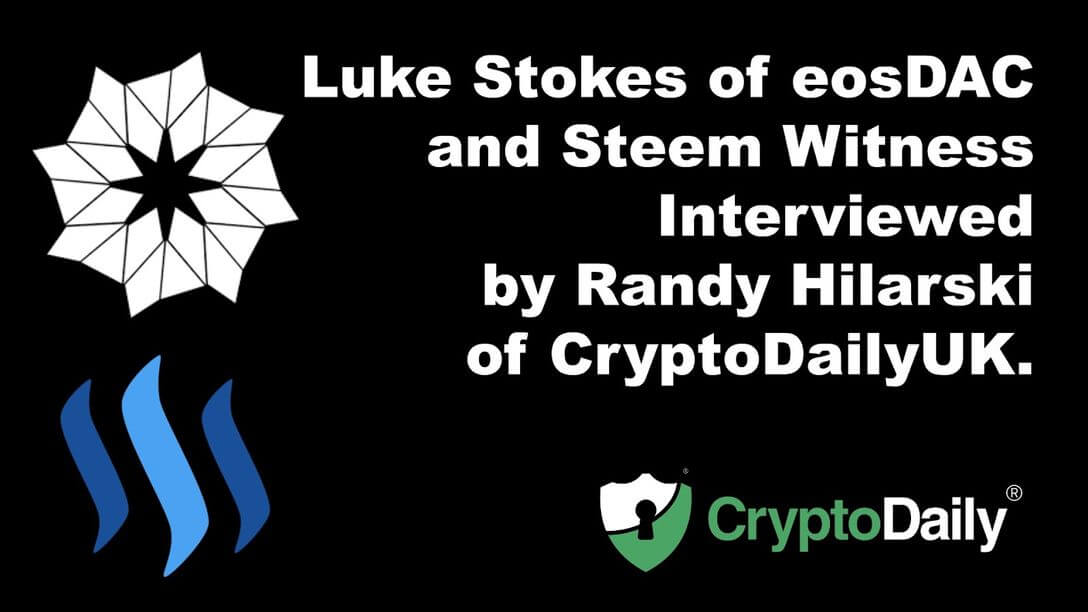 Who is Luke Stokes?

Luke Stokes is a founding member of The Community-Owned eos Block Producer and DAC Enabler, eosDAC. He is also a Steem witness for the Steem blockchain. He also happens to be the witness that I have voted for since I began my Steem journey in 2016. Luke graduated from UPENN with a degree in Computer Science Engineering. He also was one of the founders of Foxycart.com now Foxy.io a SaaS eCommerce solution which processed over a Billion Dollars in value from 2007-2018.

Luke and I became friends shortly after the launch of Steemit. We have attended all three SteemFests together and I have grown to rely on Luke for his knowledge of Blockchain and especially DPOS (Delegated Proof of Stake) models.

My Interview with Luke Stokes of eosDAC

We discuss DAC's Decentralized Autonomous Communities/Organizations/Companies and how they can help the world. The blockchain tech is empowering communities to disrupt companies, over time we will see these communities challenging larger organizations nurturing the concept of DACs.

What does the EOSDAC token do?

It is the vision of eosDAC that EOS.IO block production should be open for everyone to contribute and benefit. To realize this vision, eosDAC is an evolving Decentralised Autonomous Community (DAC) focused on EOS.IO Block Production serving the EOS communities worldwide. In doing this, eosDAC is creating the tools and smart contracts it needs to function. It will share these with the EOS communities to help other DACs thrive on the EOS.IO blockchains.

Organizations Luke Stokes is Part of: