The Tragedy Of The Canadian Exchange QuadrigaCX 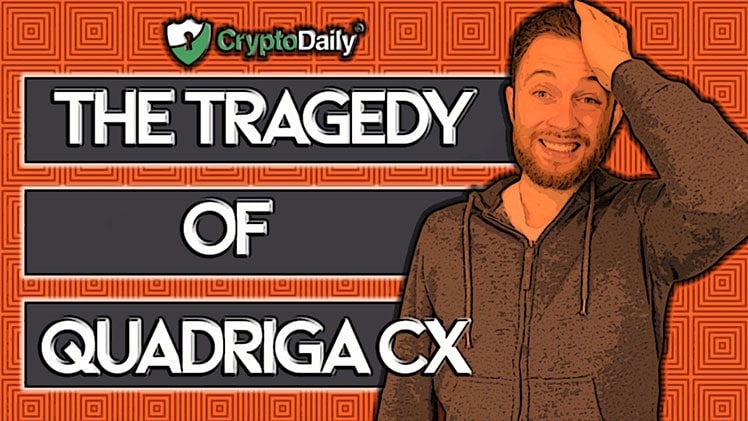 The founder of the Canadian crypto exchange, QuadrigaCX Gerald Cotten has hit news headlines recently after unexpectedly passing away. At the time of his death, the 30-year-old was in possession of over $170 million in cryptocurrency which has now gone with him to the grave. Thousands of people who used the QuadrigaCX exchange are now left wondering if they will ever see their funds again.

One of the biggest online crypto exchanges in the world, Mt. Gox, shut down five years ago after losing 850,000 Bitcoins to hackers which were valued at about $0.4 billion at the time. Investors were left penniless and their investment will most likely never be found again.

At the time, the Quadriga CEO said, "People like the fact we're located in Canada and know where their money is going."

Fast forward to today and investors in Quadriga are facing a similar situation but under very different circumstances. The sudden death of Cotten has left thousands of customers frantically searching for information about their missing funds.

Tong Zou is one man who owned $560,000 in crypto which was on the exchange. He said, "we don't know whether or not we're going to get our money back. There's just a lot of uncertainty."

This month, Quadriga had grown to become the biggest cryptocurrency exchange in Canada and was granted temporary bankruptcy protection in a Canadian court.

Since the death of the firm's founder, the company has been gone into hysterics in order "locate and secure our very significant cryptocurrency reserves".

In the court documents, Quadriga says that they owe more than 110,000 users an estimated $250 million about $70 million in regular currency and around $180 million in cryptocurrency in comparison to the market rates.

The firm believes that even though it isn’t certain, the sheer sum of these millions in reserves was locked away into cold storage by Cotten, which is now in an offline safeguard state to protect it against hacking and theft. All the trading on the platform has now been suspended.

The CEO of Refine Labs and the front of the Toronto chapter of the Government Blockchain Association, Bernie Doyle claims that what is happening at the Canadian exchange is like a “seismic event” in the space.

Doyle said that this will only add to the complicated past of an already nascent industry. But he does say that "it's really unfortunate that the ecosystem takes a hit" amid one of the companies issues.

The court documents were filed late last month to offer some kind of insight into the firm. The exchange didn’t have any offices nor employees. The exchange was basically run completely by Cotten so where he, and his laptop, were, that’s where the company was.

There was a third-party contractor used to deal with some of the additional work, including payment processing. Cotten’s wife, Jennifer Robertson said that she wasn’t involved in the firm until her husband died due to complications from Crohn’s disease.

Robertson says that she flipped their home upside down in order to find some business records in relation to the exchange but unfortunately couldn’t find anything. In addition, it’s worth noting that the laptop that Cotten did all his business on is encrypted and no one can find the password or recovery key to unlock it.

There was even an investigator hired to help the recovery of any records but they were also left to scratch their head.

In addition to this, the company recklessly somehow transferred half a million dollars worth of Bitcoins into cold storage earlier this month and now is unable to access them.

Quadriga’s problems don’t seem to be just aimed at missing coins. The firm’s liquidity issues started quite some time ago.

Around this time last year, the Canadian bank CIBC froze five accounts containing around $26 million in crypto linked to the exchange’s payment processor in a dispute over the real owners of the funds which ended up in court.

In an online message to their users. Quadriga said that they filed for creditor protection to give it enough time the future viability of the company. Furthermore, they admitted "the early stages of a long process and [does] not have all the answers right now".

According to the court filing, Quadriga is also investigating whether some of the digital currency could be secured on other exchanges and selling the platform it very much on the table in order to cover the debts.

PREVIOUS Can EOS Thefts Be A Good Thing?
NEXT Top 8 Blockchain Use Cases for Businesses in 2020