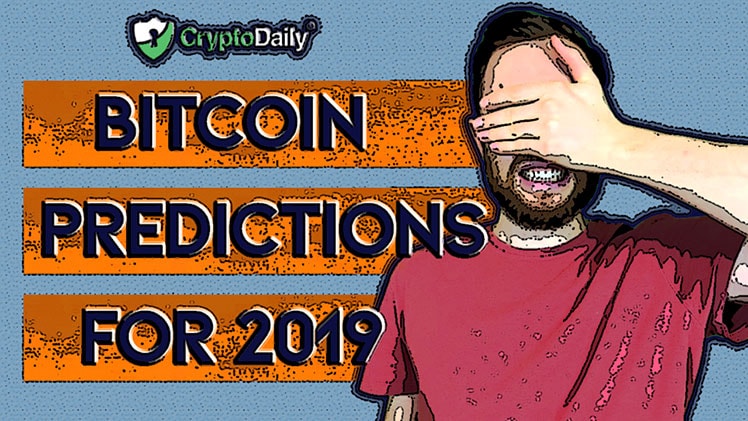 After experiencing a less than favourable year in 2018, the crypto community is left wondering what 2019 will hold for Bitcoin and the gang. Will they drop further or surge near highs of what we saw in 2017? No one knows for sure but here’s hoping we see some big things this year.

Investors, traders, entrepreneurs all want to know how the crypto prices will act over the course of the next year. The blockchain expert, Julian Hosp recently wrote an article for Hackernoon looking into this topic and said that he asked himself the same questions for the past four years after he entered the blockchain field in 2014.

Let’s take a look at some of the previous years of crypto with how accurate previous predictions were for Bitcoin and altcoins.

Throughout this year, the price was volatile and often shot up and down in a wild fashion with a steady backlash with extreme intraday volatility confused a lot of investors at the time. Hosp said that even though the industry was scared at this time that everything would just crash, he didn’t sell and focused on the long-term gains of what crypto could hold.

In addition to this, he said that at the start of 2016, the sentiment in the market was mixed but a lot of the negative players had cashed out. Nevertheless, not many people players replaced them. Even so, Hosp says that it was clear to him that the positive trend would drive on and continue due to the indicators within the crypto space around progress in technology and firms with Bitcoin adoption suggested this for insiders.

2017 was an interesting year for crypto. The Bitcoin halving in 2016 meant that only half as many new Bitcoins came into creation through the mining reward. In 2016, Bitcoin jumped to just under $1,000 and as Hosp says, his assumptions of the strength and potential in Bitcoin has been more than confirmed. Altcoins like Monero and Ethereum just started up in the crypto ecosystem which seemed to have gone quite well and then Hosp doubled his investment. Things that occurred in 2017 made Hosp’s prediction quite difficult though.

Hosp says he had the right tendency and everyone who invested with him them made quite a lot of money but his price target was very wrong. By the end of 2017, instead of doubling, Bitcoin saw a twentyfold increase and was worth $20,000 by the end of the year. Even Ethereum saw a big increase up to $1,000 from just $8.

It seemed like the world was our oyster but in the year that followed, things didn’t exactly go to plan…

The less said about 2018 the better but even so, everyone was saying that Bitcoin would get jacked and reach $100,000 by the end of the year when in reality it was actually closer $1,000.

So where do we go from here?

There are numerous ways in which the ecosystem could push Bitcoin down quite significantly from the $4,000 mark until the end of 2019.

If a government declared a ban on cryptocurrency then who knows what would happen. All we do know is that it won’t be good.

If a big country like the USA puts a ban on crypto then this will have a huge negative impact on the crypto sphere. There isn’t much point worrying about this though as it is unlikely, but still possible.

Not just in the crypto space but if the economy outside of cryptocurrency crashes, this will have a massive impact on the industry.

This is a controversial issue among experts but as Hosp says “I personally can not imagine that such a volatile asset class as cryptocurrencies could be considered a safe haven during a financial meltdown — rather the opposite.”

Though, we do often wonder if Bitcoin will begin to shine in the wake of a global financial crash.

Hosp finished off by giving his end of year price prediction for 2019. The blockchain expert predicts that Bitcoin will be $8,000 by the end of the year. Whereas this isn’t a massively bullish statement it is still a big improvement on what the price of Bitcoin is today.

Not to mention that an end of year price of $8,000 would be great! Much better than the continuous downtrend that we saw in 2018.