What Makes Augur And ChainLink So Special 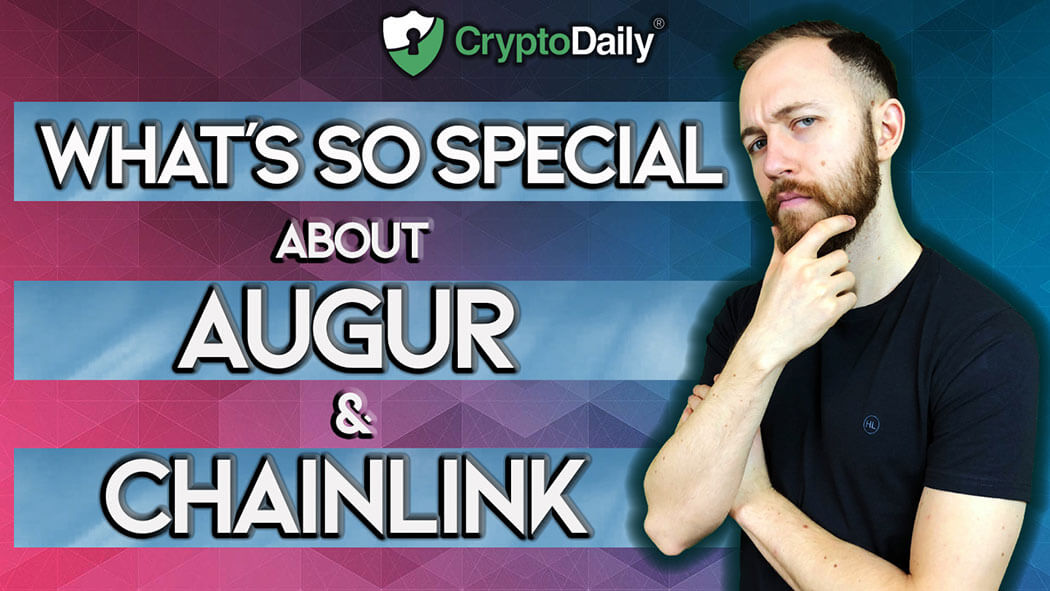 Many believe that cryptocurrency will only flourish as a part of a dystopian future. Look at contemporary media such as TV series and films and it’s quite easy to see how crypto could see a heavy surge in the wake of a dystopian financial crash. Amazon’s Mr Robot depicts this vision perfectly and shows how people could naturally turn to digital currencies when they no longer trust that of the state and the institution.

What is a Dystopia?

The idea of dystopia is something us humans are fascinated by. Historically, writers and creatives have used the idea of dystopia to entertain us, we need only look as far as writers like George Orwell’s Nineteen Eighty-Four to see this in action. But what does it mean?

According to Oxford Dictionaries:

“A dystopia is an imagined state or society in which there is great suffering or injustice, typically one that is totalitarian or post-apocalyptic.”

With this in mind, it is clear to see exactly why people would turn to crypto given the circumstances. However, have you considered that crypto could be the one thing that helps us prevent a shift into an Orwellian dystopia in the future?

In its essence, crypto is fairly dystopian, however new ideas are starting to explore how reputation management systems on the blockchain such as Argur and ChainLink could be used to help us stop entering a dystopian universe.

A report by aeternity in Hackernoon explores how reputation systems could be used to prevent a dystopian future by allowing us to truly manage our own reputation:

“If we manage to screw up our reputation on one platform or in one community, it likely won’t harm us elsewhere. There’s nothing stopping us from simply erasing our profile and creating a new one with a fresh email address or phone number, thus effectively resetting our negative reputation score to neutral in a matter of minutes. The most it will cost us is some extra time and effort. A fair price to pay for completely reinventing yourself, isn’t it?”

This freedom however means that we are susceptible to hacks. Data management is difficult and therefore, our identities are at risk of manipulation, such as one might expect within dystopian circumstances. Blockchain technology does however have the capacity to help us protect ourselves from this.

“There is already one oracle-enabled reputation system working on a blockchain. It belongs to Augur, the trustless, decentralized oracle and predictions platform. The Reputation token (REP) is Augur’s native token. Users stake their REP tokens when choosing the outcomes of predictions and, in return, receive settlement fees from the market. The REP token holders who ‘report’ on a market (by staking their REP on one of the market’s possible outcomes) are called reporters.”

The way this technology works is that it reduces the need of a middle man and therefore the risk of external ‘reputation’ or identity manipulation is reduced significantly.

Likewise, ChainLink is a decentralised oracle system that communicates with external blockchain applications in order to transfer information onto a secure blockchain. It’s a system that can be used to confirm identity and confirm reputation and thus, can protect users from this external manipulation that seems to be so prevalent within many dystopian theories.

“The creators of ChainLink envision a reputation system that includes a basic on-chain component where users’ ratings would be available for smart contracts to reference and will also be easily accessible off-chain where larger amounts of data can be efficiently processed and more flexibly weighted.”

This all sounds very complicated, so how can the blockchain help us avoid dystopia?

“A new kind of infrastructure on which new types of reputation systems can be developed. Infrastructure that is not owned by a single entity, that is immutable, transparent and that is based on crypto economic incentives. This provides for an excellent foundation of new types of reputation systems — those natively owned and controlled by the users.”

By not relying on centralised entities or companies we are able to ensure that the control of our data, our reputation and ourselves does not fall into the hands of the dystopian overlords. So yes, the Hackernoon article is correct, whilst cryptocurrency would flourish in a broken world (probably established by a massive financial crash), in a way, crypto can also help us prevent these dystopian theories from becoming a reality.