Could We Soon Buy Apple, Amazon & Tesla Shares on the Blockchain? 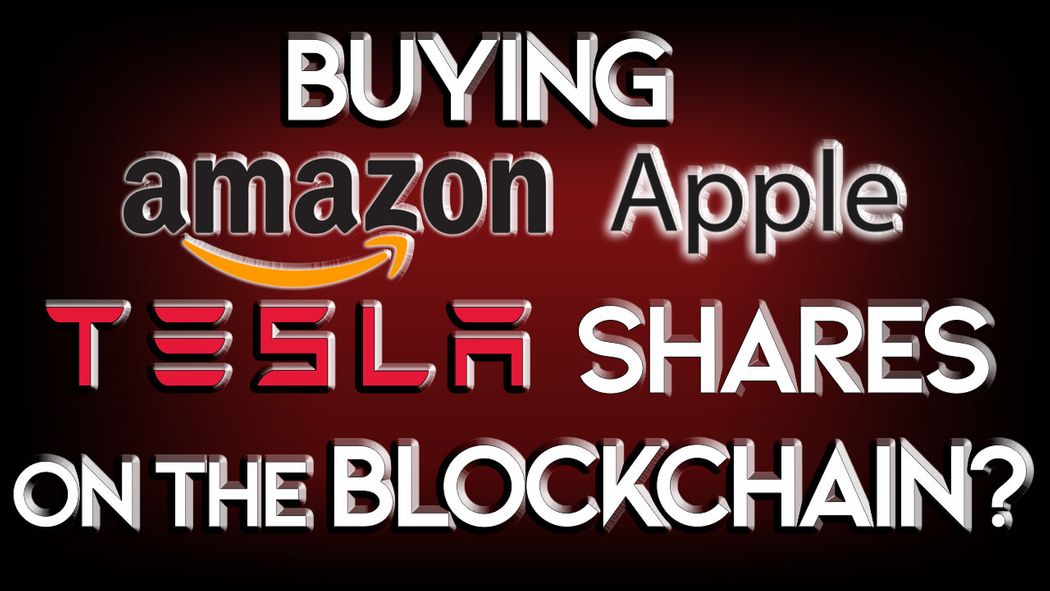 The idea that we could purchase shares in major companies such as Apple, Amazon and Tesla could soon become a reality with recent reports regarding the launch of a new trading platform by DX.Exchange, a crypto exchange based in Estonia that aims to let cryptocurrency investors make the most of blockchain technology in order to purchase shares of companies including Apple, Tesla, Facebook and Netflix, through the purchase of security tokens.

This is important as many people believe that in 2019, security tokens will become the next big thing, as they bridge the huge gap between crypto and the traditional finance and investment world.

What are security tokens?

According to TokenMarket, a basic definition of how security tokens work is as follows:

A simple way to understand this could be through looking at the debate surrounding XRP as a security token to Ripple. Many people believe that since Ripple hold the majority of XRP, the sale of XRP directly relates to an investment in Ripple as a company, so is, therefore, security. Of course, we don’t know if this is true or not, the XRP believers strongly believe that XRP is not a security and the XRP haters, of course, believe that it is. As an impartial news source, we can’t be on either side of the argument, we just watch from a distance!

According to CNBC, Amedeo Moscato, the Chief Operating Officer at DX has said:

"The crypto community has been talking about security tokens for well over a year now without much progress, so we think the impact will be huge By tokenizing stocks of some of the biggest publicly-traded companies like Google, Amazon, Facebook and more, we are opening an untapped market of millions of old and new traders around the globe cutting out the middleman.”

It’s clear that Moscato is very bullish about this new system and believes that these security tokens will offer a whole new style of investment for people operating through DX, though not everyone in the community is as positive about it. Dan Doney, the CEO of Securrency has told CNBC:

"The ability to trade around the clock, with a range of currencies, offers investors both convenience and liquidity. We're unsure and even skeptical of DX.Exchange's model because we don't think that it's acceptable to list tokenized shares of a company without shareholder consent. However, we do think that the model can meet regulatory standards if executed properly.”

The problem is, this sort of trading comes with a whole host of regulatory uncertainty, more so than we usually encounter within the cryptocurrency industry in general. Worry not though, DX are already operating on a regulatory framework which means that they should not encounter any difficulties when it comes to dealing with the local authorities.

“DX stressed that its digital stocks are classed as derivatives — with the underlying asset being equity of 10 Nasdaq-listed firms — and that its platform is regulated under the European Union's Mifid II directive. Mifid II, a set of reforms to EU investment services regulation, aims to protect investors and increase transparency and confidence in the industry post-crisis.”

Our take on this

Overall we think this is very positive, it’s helping to make security tokens less scary and is giving the industry a real use case through which we can explore the sale and purchase of company shares by using blockchain technology. If nothing else, this is a prime example of how useable the blockchain really is and how important this technology is going to be in the future. For the likes of Apple, Tesla, Amazon, Netflix and all the other big companies, it can only be a good thing as it is encouraging investment back into their businesses.