Catch Up With The HUGE VeChain ThorPay Announcement 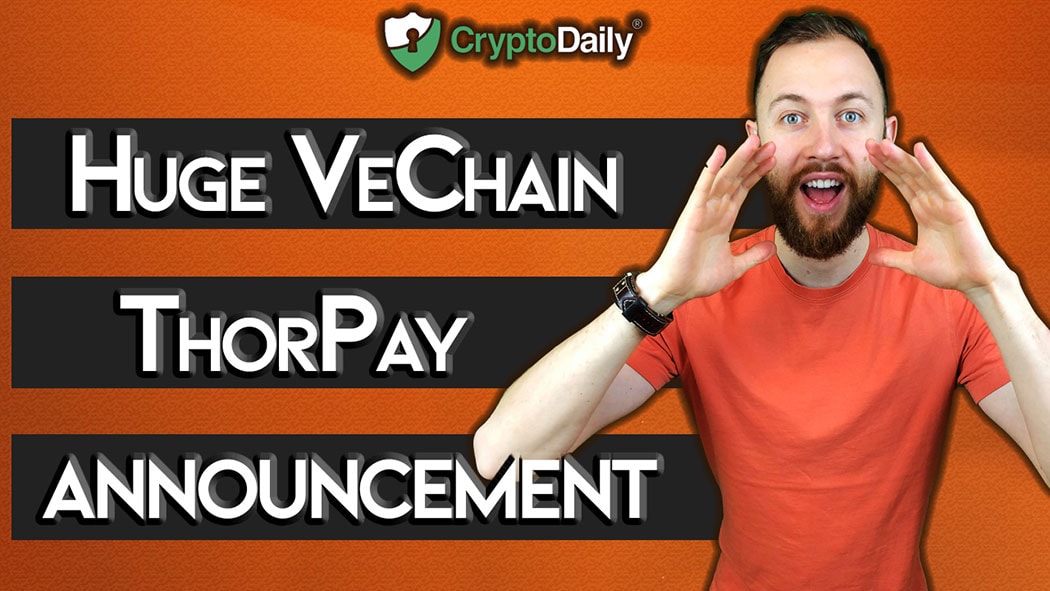 VeChain has seen a short spike of late as a result of the latest announcement by Safe Haven, which sets to see the launch of ThorPay, a new Atomic Transactions Protocol built for the VeChainThor blockchain. Atomic Transactions Protocol or ATP is the term used to describe a system that exists to make contract based distribution simple, ATP is yet another example of an advanced blockchain system that is really encouraging a culture of ‘ease-of-use’ within blockchain technology.

Systems like this are sure to make the VeChain project far more adoptable in the future.

Who are Safe Haven?

Safe Haven is a decentralised foundation that builds blockchain platforms designed to allow businesses to operate with other businesses and with customers too. Safe Haven aim to support other blockchain firms by making their expansion easier, through using their team of developers, business minds and financial professionals.

“We will open our protocols to the community, developers, entrepreneurs, inheritance, trust professionals, and existing financial services companies. Those companies can utilize our protocol to create their own financial services and inheritance products to be offered to customers of their respective sphere of influence. As a result, the patented Safe Haven Protocols can be adopted globally by service providers ranging from SMEs to global enterprises and by their millions of own end users.”

Such protocols now include the new ThorPay system.

As we have mentioned, ThorPay is a system built for the VeChainThor blockchain. It is an ATP system designed to make transactions easier. In line with Safe Haven’s vision for helping VeChain frow, ThorPay is a product that looks to change the way many users interact with the blockchain. According to the official ThorPay announcement:

“We are proud to announce ThorPay a product based on Atomic Transactions Protocol (ATP): a product for making contract-based distribution simple. ThorPay Alpha has already been successfully integrated into the VeChainThor Blockchain and is fast approaching Beta phase.”

“We have developed this product as we see the necessity for it within the blockchain community. It is for the reasons mentioned above (and many others) that we have developed our ATP product line. An ATP or atomic transaction is an indivisible and irreducible series of operations: all occur or nothing occurs. Atomic transactions with the addition of clauses offer even more, as they guarantee all clauses will succeed together or fail together. If one sends money to their bank account and then sends money from one’s bank account to pay a bill, it would be negative if the transfer to your bank account fails, but the transfer to your bill succeeded. We see this technology being applied across a multitude of industries.”

ThorPay is a solution that will help VeChain see mass adoption, it will be easily utilised by groups who wish to send transactions across the blockchain to numerous other groups, without having to delve down into the nitty gritty of smart contracts. It makes these payments far simpler. Interestingly, this also maps out a new future between VeChain and Safe Haven. Once the product is fully launched, this won’t be the end of their partnership and looks only to lead to further and more exciting developments.

According to Safe Haven:

“The major leap in this technology lies in the ability to include several clauses together in one transaction, defined by the clause field. To put it simply, the clause field is a set of individual clauses. This is something we found only capable on the VeChainThor Blockchain. ATP allows a single transaction to have multiple outputs. By invoking ATP, we have included multiple tasks in a single transaction resulting in a more powerful and flexible clause system beyond the capabilities of other blockchains.”

The biggest advantage of ThorPay is that it allows the user to send multiple transactions with only one input. Safe Haven have suggested that VeChainThor, the VeChain blockchain is the only blockchain in circulation that they found actually makes this concept possible. This is advantageous as it saves time, effort and money - savings that all blockchain based firms are always looking to make.

When will ThorPay be rolled out?

This announcement simply just stipulates that the Alpha and Beta testing phases are set to go live, once these are closed and fixes have been executed, ThorPay will go live within the Safe Haven platform which can be accessed by Bounty Groups, Payment Processors and other groups who regularly send out blockchain based payments. According to the announcement:

“Once successfully launched, we will release more information regarding the use and management fees associated. Use of the ATP will come with direct support from Safe Haven developers, if and when necessary.”

Has this impacted VeChain?

As we have seen, this has encouraged a bit of a spike in the value of VeChain, though overall this spike isn’t anything too significant given that we are still well in the grip of the bears. The larger impact however looks positive for VeChain. As Safe Haven have suggested, this has put VeChain on the map and really does promise to help VeChain grow in the future, it’s good news for adoption and even better news for businesses that are looking to leverage blockchain technology to make their payment systems better.

ThorPay could be about to become a very big deal indeed.