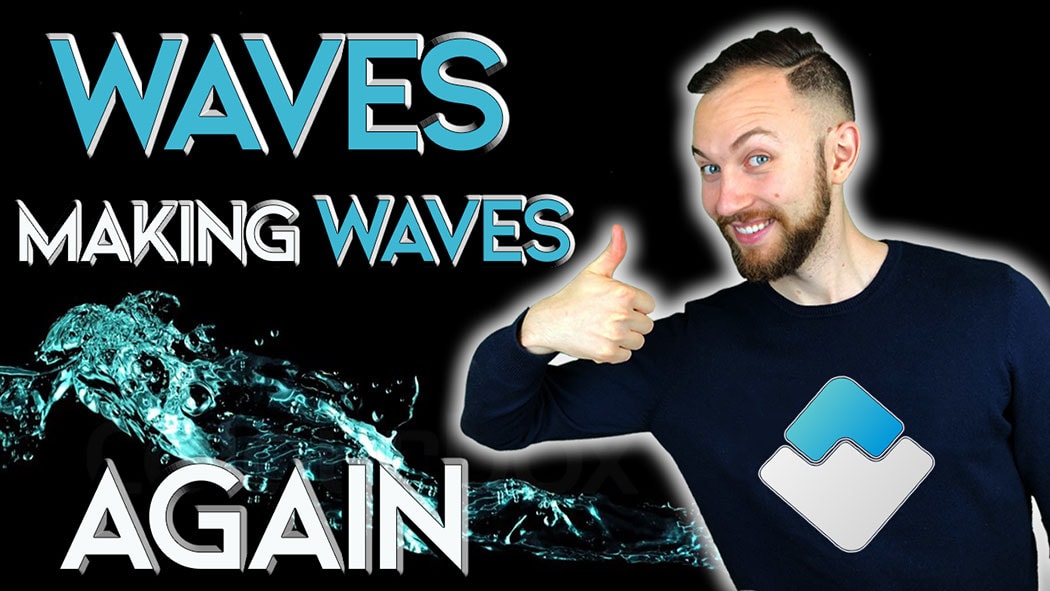 We are reporting on a huge development from within Waves and the WAVES cryptocurrency for the second time this month, as more positive news surfaces that proves just how powerful this project is turning out to be. Through December, WAVES has embarked on a number of price hikes as a result of good news coming from within the Waves project. Foremost, the launch of a new update to the Waves Wallet helped pull the value of the WAVES token beyond $2.20, after sitting below $1.00 a few weeks earlier.

Now, more recently, WAVES has embarked on a second climb which saw WAVES peak at over $4.50. Let’s explore what is happening here.

Why is WAVES standing out?

We must consider that the past few months in the markets have been dire. Cryptocurrencies have moved backwards, therefore when one project manages to tread water and gain upward momentum, away from the overarching trend it really does stand out. The positive movements from WAVES have looked incredible against the grain, so I guess we could say that Wave do have the bear market to thank for their recent media exposure.

As mentioned, yesterday we saw the second spike in a month for the WAVES cryptocurrency, so what happened here? We covered this story in a video published on the 5th of December 2018, just as WAVES began to peak. In this, we discussed the new Waves Wallet update that was helping to boost the price of the cryptocurrency:

“This update comes in the form of a brand new mobile application that still includes all of the old features that made the first app so popular. The app includes a wallet, the option to trade within the Waves decentralised exchange and of course, lets you review current prices and figures etc. Within the app, users can access both FIAT and cryptocurrencies and within the wallet specifically, can deposit, store, trade and withdraw, as one might expect.”

“This latest update is very significant for the adoption of the Waves Platform as it makes Waves a far more interactive place for traders, investors and crypto fanatics alike. By incorporating the majority of the entire Waves business into an easy to use smartphone application, Waves are simply making their project far easier to adopt, opening up the Waves Platform to a very wide demographic.”

Indeed, this update has had a huge impact, as we can see from the market data through the month.

This brings us to today, in the wake of the second WAVES surge within the month. Yesterday we saw an announcement that suggests Waves have secured a $120 million grant in order to fund the development of the Waves private blockchain. The grant is alleged to have come from a financial services group called Dolfin, who are now helping to fund the Vostock project, the name set for the waves private blockchain. Vostock has been in the works for a number of months now and promises to see a full launch at the start of 2019, this new round of funding is set to ensure that the launch of Vostock does indeed happen.

We should also note that much of this surge has been complemented by the overall surge that has swept through the market - WAVES isn’t the only cryptocurrency having a great time at the moment.

According to Finance Magnates, the CEO of Waves and Vostock, Sasha Ivanov has said:

“The Vostok project lies at the intersection of several disruptive technologies, including Blockchain, Big Data, Artificial Intelligence and the Industrial Internet of Things. By implementing these in the IT infrastructures of corporations and government agencies, we lay the foundation for the digital economy. This is logic continuation of the work we have been doing over the past few years, advancing the Waves platform’s technological achievements yet further.”

This announcement and injection of funding has helped to bring WAVES to the fore once again, pushing up the value of the token beyond imaginable levels, given the recent retraction seen across the markets. As we write this, the whole of cryptocurrency seems to be swinging into a better position, WAVES included.

Suddenly, the start of 2019 is starting to look a hell of a lot more positive than it did just a couple of weeks ago, therefore, our advice is to watch WAVES and watch the rest of the markets. In a few weeks time, these sudden spikes in WAVES may be a drop in the ocean compared to what’s to come!

Please do remember that this is not investment advice, WAVES is a promising project though if you do wish to invest, you should do your own extensive research first, only invest what you can afford to lose.