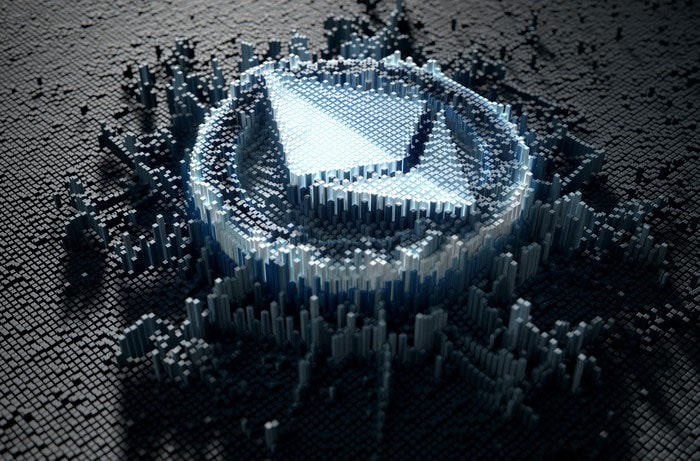 Ethereum is the number one blockchain platform for deploying smart contracts, creating tokens, and launching dApps. Many of the top cryptocurrencies are ERC-20 tokens that run on the Ethereum blockchain, and these tokens correspond to dApps developed by blockchain companies.

Based on the market caps of ERC-20 tokens — with several in the hundreds of millions of dollars range — it would be expected that these dApps would have a tremendous amount of users. However, the actual user numbers are shockingly low. Below is an analysis of Ethereum dApp user counts, a snapshot as of mid-December 2018. Before this analysis, dApp user counts were even lower, but a spike in the crypto market seems to have corresponded to a spike in dApp users.

Currently, Lordless has nearly 1,300 users, making it the number one dApp by user count. This is an anomaly though since before today Lordless did not have many users at all. Lordless is a bounty hunter game where players own a tavern and send bounty hunters on quests in order to earn rewards.

Often, the top Ethereum dApps are games and can have far more users than “serious” dApps for brief amounts of time. In general, gaming dApps have temporary spikes in usage, and so far, no gaming dApp has retained its user base long term. For example, Cryptokitties became popular and generated tremendous speculation as well as investments during 2018. However, Cryptokitties ultimately disappointed investors, and currently has a relatively low number of users, some 300 plus users.

Gambling dApps are also a popular category and have been known to temporarily take the top spot for dApp user count. However, gambling dApps are not doing so well right now, with the number one being Smartolution with 200 plus daily users, and number two being a tie between FCK, Fairhouse, and Edgeless, each near 150 users. Sometimes gambling can be indistinguishable from Ponzi scheme dApps like FOMO3D, which has fortunately fallen to fewer than 50 users, but now, there are numerous copycats.

The number two dApp by user count is the decentralized exchange (DEX) protocol 0x with nearly 1,000 daily users. This user base is split between all the exchanges that use the 0x protocol. IDEX is right behind 0x with almost 900 daily users. DEXs essentially allow Ethereum users to trade ERC-20 tokens peer to peer with MetaMask, and DEXs are a common way for new tokens to gain value. ForkDelta has 700 plus daily users, KyberNetwork and Bancor have 300 plus daily users, and The Token Store and Lescovex DEX have around 200 daily users.

There is one exchange called LocalEthereum that is different and more like LocalBitcoins since it involves fiat to crypto trading, and it has 150 daily users. Out of the 34 dApps with more than 100 daily users, eight of them are exchanges. All of the Ethereum-based exchanges have extremely low user counts compared to popular centralized exchanges like Binance and Coinbase, and therefore these DEXs lack liquidity, leading to less than optimal trading conditions. As of November 2018, Binance and Coinbase had more than 100,000 daily users each.

MakerDAO is unique among the top Ethereum dApps since it is a decentralized autonomous organization (DAO). There are currently 870 users per day on MakerDAO despite a market cap of $322 million, yielding a market cap per user of $370,000. This suggests that investment and speculation are driving the market cap of Maker, and not the actual use.

Stablecoins have been receiving plenty of hype, especially following the trouble with Tether (USDT) during October and November 2018, which gave other stablecoins a chance to thrive. Paxos Standard (PAX) is one of the leading alternative stablecoins with a market cap of $155 million. However, there are fewer than 200 daily users of PAX, although this perhaps does not capture people using PAX on exchanges after they have already deposited it.

Basic Attention Token (BAT) is another unique Ethereum token since it is the currency of the Brave browser. BAT is pioneering a new advertising system in which internet users get paid, and can personally reward content creators. This does seem like a great idea, and BAT has been listed on Coinbase and has a market cap of $147 million. However, BAT has only 500 daily users. This is incredibly low considering that one of the only reasons people would use the Brave browser is to earn BAT, and therefore the low user counts suggest a similarly low user count on the Brave browser. Popular internet browsers such as Google Chrome which has billions of daily users have many orders of magnitude more users. That being said, Brave is relatively new, and it could eventually become popular.

It seems the prices of these cryptocurrencies are mostly driven by speculation and not use. There are numerous cryptocurrencies with market caps in excess of $10 million and less than 100 users. Loom was just added to Coinbase and has a $27 million market cap but only 80 daily users.

The lesson to take away from this article is that Ethereum dApps have seen extremely low rates of adoption despite tremendous hype. Perhaps some of these dApps will be in a prime position to become major worldwide apps when the crypto space’s economy improves. For now, the Cypherpunks have been validated, since the consensus among them is slapping blockchain integration onto an app is not necessarily a good thing. Here is a video of Lemoncoin, and although it is a parody, it makes this point very clear.

Find out the safest way to get started with crypto currency today. There are huge profits to be made — but don't be fooled by the so-called experts. Crypto.IQ