Would Al Capone Have Used Cryptocurrency? 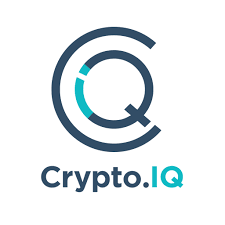 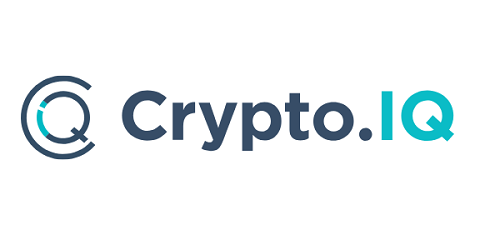 Wars have been started and peace agreements signed, all over money-either a lack of it or the desire to control what's valuable. Now, many people, including government leaders, understand that Bitcoin and cryptocurrency are valuable, and they know this new kind of money isn't going away. Money underpins power and can answer any desire, legal and illegal.

That means that, where there is money in any shape or form, there is money laundering. Bad guys use cryptocurrency the way they've used every new innovation, as a way to get an edge over police. This fact gives the powerful an excuse to pick apart crypto and regulate it, in part for the greater good, largely for their own good.

They've already tried to smother it with outright bans and failed. To the powerful, cryptocurrency is a threat. This permissionless, uncensorable money has become part of a larger globalist movement to challenge the status quo and to bolster the sovereignty of the person, of cyberspace, and, more specifically, of crypto cyberspace. When it comes to money and its ongoing evolution into cryptocurrency, hell is breaking loose. Addressing the Crypto Stigma. A common stigma connected to cryptocurrencies today is their alleged use to fund terrorism and launder money, as if Al Capone clones were suddenly everywhere. That's not to say criminals don't use crypto.

They do, right along with cash, cars, phones, the internet and every other technology that might help them achieve their aims. But a fight in cyberspace over cryptocurrencies would be never ending. And things in the cyberspace can get weird and may even provoke psychological warfare for the dominance of the whole world, beginning with cyberspace and crypto cyberspace. Transparency and governance Even if that most users of cryptocurrency are not money launderers, cyberspace is full of "money-laundering" services, pools that sell low-cost cryptocurrency mixing, which makes tracking individual transactions difficult. To be more exact, it limits government's ability to surveil these transactions and to keep tabs on cyberspace and cryptocurrency. That brings us to the question, and it's a difficult one: "who governs?" The overt aim of regulating cyberspace and cryptocurrencies for the supposed "public good" may resonate with some people, yet limiting the focus of this regulation to targeting what amounts to pseudo-criminal phenomena is demoralizing to a populace and avoids the fundamental issue: global regulation.

Everyone wishes to sidestep this issue, at least for now, despite there being many entities and parties who want to proclaim their mandate for the policing of cyberspace. They see the potential there for shoring up of their own power through control of cyberspace and crypto assets. Because despite the popular notion of crypto's untraceability, blockchain in reality offers fine-grained data input for machine learning and artificial intelligence algorithms that can with enough computing power root out any opposition.

As such, cryptocurrency regulation comes packed with the potential to support political ambitions that also have the backing of the military and the traditional financial industry. "Him! The guy that's into that dirty crypto! That's your man, Detective!" U.S. Regulators Reaching to The World Perhaps somehow in line with the earlier European Data Protection initiative or to exert its dominance in cyberspace, the US has recently proclaimed its authority for anti money laundering policing globally. Of course, the U.S. is not alone in this desire, even though it does have, de-facto, a lead role on the world political stage. This globally applicable, perhaps somewhat imperialistic or even chauvinistic policy update became recently more pronounced when the United States' relevant authority (FinCEN) was quoted in a European cryptocurrency regulation conference.

In a money-laundering report from private cybersecurity company CipherTrace, a representative of FinCEN said the agency will expand its relevant regulation globally in cyber- and crypto space when US businesses are involved. Whether or not they would be backed up by the superior force of the US remains to be seen; however, already intelligence and other agencies have carried out imperialistic acts under the name and flag of anti money-laundering (AML). The US knows extremely well that global authorities and global mandates of authority are difficult and expensive to enforce and implement. Yet the US has been traditionally considered on the international stage as having a special mandate for such policing.

Money laundering is no more of a problem now than it was before cryptocurrency, but expanding that U.S. sphere of responsibility to take in the policing of crypto cyberspace will only call attention to the wild west nature of the space, bringing more people to it rather than driving them away because they'll be attracted to the freedom of it, a freedom emerging from a more rigid framework of governance than perhaps ever seen before, one based on mathematics. "Shame you chose to hide your money in crypto. Should've used centralized currency like the rest of them." Crypto is uniquely suited for finance and investing, and this is where we have seen some of the earliest use cases and applications.

We, as early adopters and investors in this space, benefit from the experimentation and innovation going on here. Another potential new investing tool is Prism by ShapeShift and its founder Erik Voorhees, which allows investors to create their own mutual fund of crypto assets without the involvement of any other trusted third-party. Prism is currently in Beta, but it's a unique tool for investors that could fill some gaps upon its public launch.

Charlie Shrem is a Bitcoin pioneer. A social economist. A digital currency trader who has made millions. His work in this field is legendary. In 2011, at the dawn of the crypto era, he founded BitInstant, the first and largest Bitcoin company. In 2013, he founded the Bitcoin Foundation and serve as its Vice Chairman. Since then, Charlie has advised more than a dozen digital currency companies, launched and managed numerous partnerships between crypto and non-crypto companies, and is the go-to guy for some of the world’s wealthiest entrepreneurs. In short, he is the ultimate insider at the epicenter of the crypto universe. Charlie holds a BS in Finance and Economics from City University of New York and studied at Florence University of the Arts. Randy Oser founded TRK Group in 1999 leading the company as its Head Trader until its sale to E*Trade in 2003. He grew TRK to 150 employees while deploying over $100 Million in trading capital. Since then, Randy has served as a Wealth Advisor with Fountainhead Capital Management. A professional securities Trader for 20-plus years, Randy also trained dozens of Wall Street Traders not only how to create wealth but more importantly on how to preserve it. Randy received a Bachelor of Science degree in Geology, with a minor in Environmental Science, in 1993 from Lafayette College.