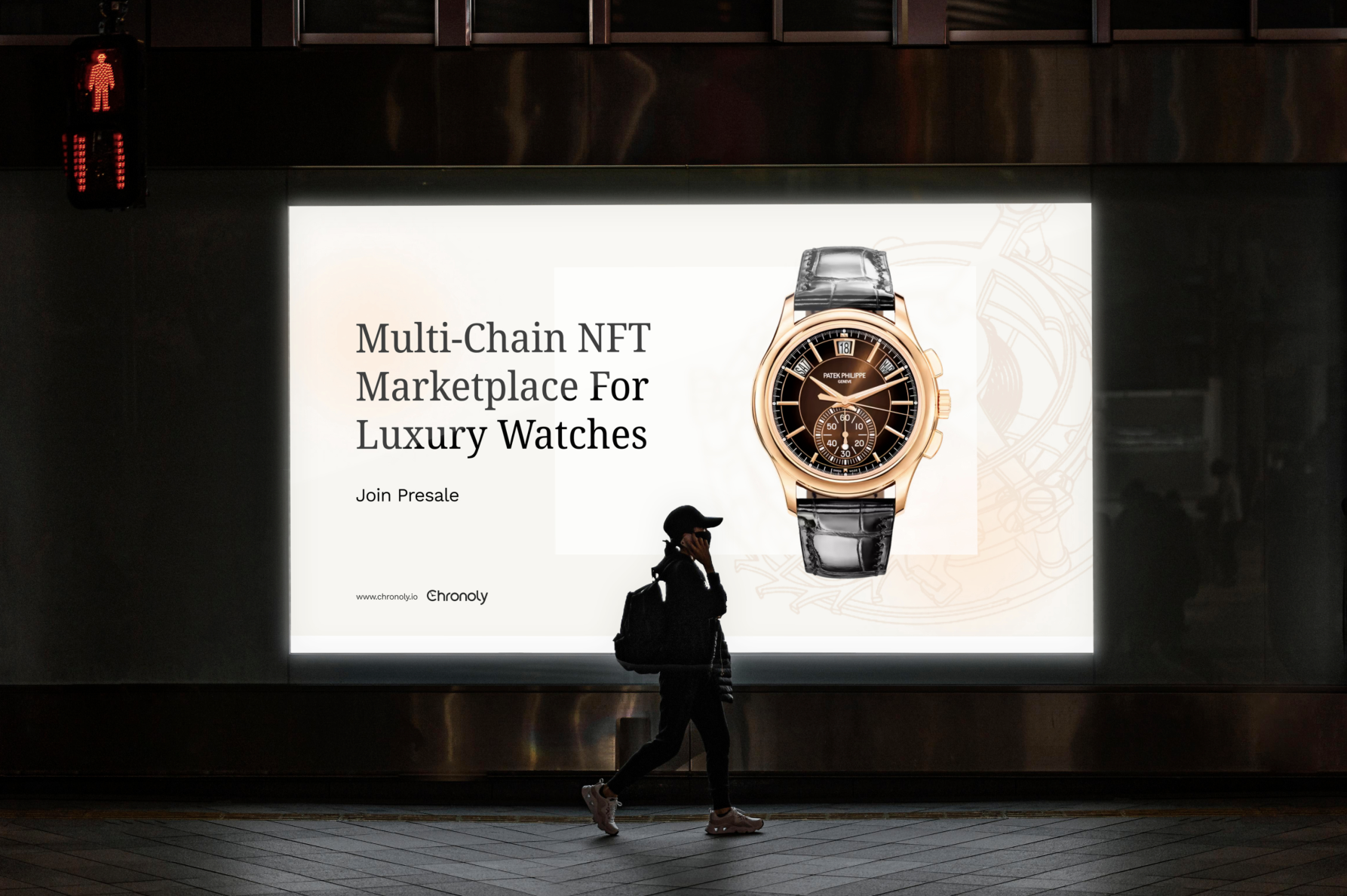 With the global crypto market starting to recover from its constant crashes, investors can start to breathe fresh air after losing so much during the crypto wind.

Read on to find out how the three tokens are faring in the market!

Chronoly.io (CRNO) could not be more different from Helium (HNT) and Chainlink (LINK) in terms of their market performance in recent weeks. Chronoly (CRNO) has successfully piqued investors' interest following a 560% increase in its presale, which opened in early May 2022. The reason for the price appreciation may not be unconnected to the fact that Chronoly.io offers investors real-world value and it comes with revolutionary features.

CRNO, the project's native token, powers the world’s first blockchain-based fractional watch investment marketplace. Chronoly.io (CRNO) bridges the wide gap that appears between the real world and the virtual world of NFTs by tokenizing physical luxury watches. These watches are co-owned and authenticated on the blockchain. Users can trade small fractions of watches (just like stocks), borrow against their NFTs, and earn a passive income by staking their (CRNO) tokens.

The developmental team plans to partner with video games developers and various Metaverses so that users can showcase their watches in the digital world. Analysts remain bullish on the token with the price expected to reach $0.5 in the next couple of months. While Chronoly (CRNO) is still in presale, its roadmap shows that the team has lined up so many activities for its phase three. Some of the activities for phase three, include expanding influencer outreach, building strategic partnerships, and launching a lending protocol. Other activities are launching an NFT marketplace and a private members club, where users will enjoy a wide range of benefits.

The crypto wind might have done a lot of harm to so many crypto projects, and Helium (HNT) is not an exception. Despite announcing the release of two cryptocurrencies, the price point of Helium (HNT) plummeted nearly 4.1% in the last 24 hours. The company recently announced the release of MOBILE and IOT, which will launch in August. The launch of the tokens will further incentivize node operators so that they can contribute their coverage to Helium's network. HNT, the native token of the Helium blockchain, has a lot of use cases, including for the payment of goods and services on the Helium network.

According to the project's whitepaper, the company plans to turn Helium into a reserve currency, an initiative that will help the team to better focus on the two new cryptocurrencies once they hit the market. Experts believe that the rise and fall of the three tokens (HNT, IOT, and MOBILE) will largely depend on the success of Helium.

Launched in 2019 by an experienced team, Helium is a decentralized wireless Internet-of-things (IoT) network. The HNT token was created using the popular burn-and-mint equilibrium (BME) model. The project operates on a proof-of-coverage (PoC) consensus algorithm. You can mine Helium (HNT) via wireless devices with radio waves. At press time, Helium (HNT) trades for $9.32 USD with a 24-hour trading volume of $16,403,593 USD. If the downward trend continues, HNT might further nosedive to $8.56,$7.41 or $6.74. But if the trend reverses, then expect the price point to reach between $12.14,$16.72 and $21.49.

Chainlink also faced a sharp drop in its price point in recent weeks. On-chain data suggest that investors and traders alike might further dump the token, which can cause significant support for LINK, the project's native token at around $6.70. Chainlink's transaction history also suggests that one of the reasons for the price depreciation is the formation of over 7,000 addresses to grab the already existing 300 million LINK.

Chainlink (LINK) is both a crypto and technology platform that offers a service for non-blockchain actors to easily and securely connect with any blockchain platform of their choice. It's like a middleman that connects non-blockchain enterprises with external data like stock prices or baseball scores. Chainlink arrived on the crypto scene in 2017 amid a crowded field of projects. Since inception, the team has continued to deliver on its promises, including to expand the network beyond Ethereum (ETH). According to the project's whitepaper, the Chainlink team plans to collaborate with all blockchain-based contract networks.

For more information about Chronoly.io Presale