Is Tether next in line for an attack? 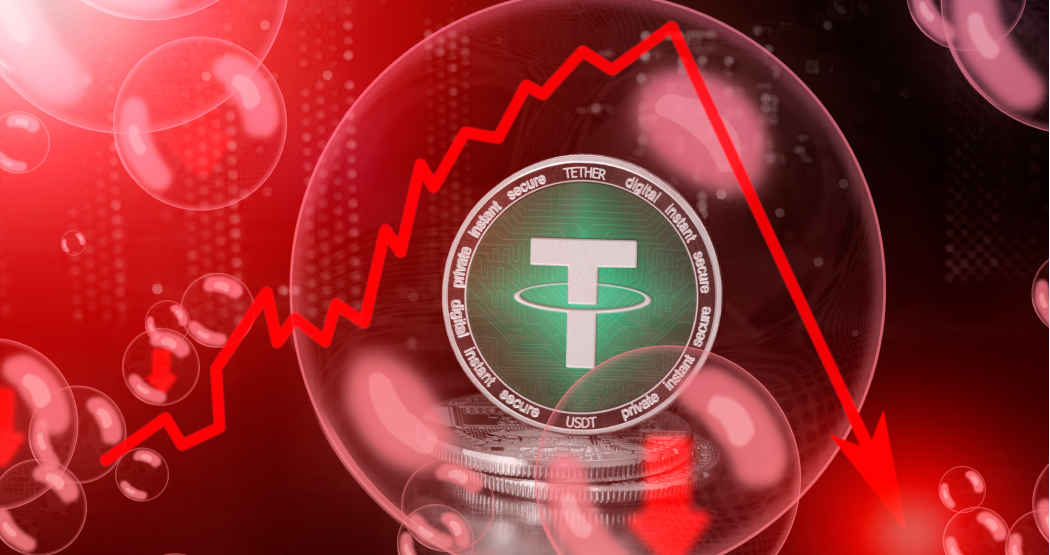 Following on from the attack on the UST stablecoin algorithmic dollar peg, and its more or less total destruction, could forces be brought to bear on the Tether USDT dollar peg?

Back in the early 2000s, one of the most infamous collapses occurred on Wall Street. Enron, the darling of the 1990s went into bankruptcy after illegal accounting practices were revealed and shareholders lost $74 billion, and employees lost billions in pension benefits.

Since then a couple more even bigger collapses have happened, including Leyman Brothers and General Motors. However, in current times, and especially for the crypto market, the depegging of UST and the subsequent fall of Luna from $87 to practically zero in only a week does bear comparison.

For the rest of the crypto market things do not look particularly encouraging. The Federal Reserve is still on a path of hiking interest rates and tapering off its huge balance sheet.

Yes, the stock market is declining, with the tech-heavy Nasdaq having lost around 22% in a little more than a 3 week period. However, at the same time, the combined crypto market cap has lost nearly double this amount, thanks to the catastrophic collapse of the Terra Luna ecosystem.

The reason for the cloud of suspicion around Tether is that most of its backing is made up of “cash equivalents”, “short term deposits”, and “commercial paper”.

Therefore, when the USDT stablecoin left its peg earlier on today and fell to around 94 cents (according to Coinbase), a lot of concern was felt across the crypto sector.

In Tether’s defence, Paolo Ardoino, CTO of the company, tweeted out that Tether had lessened its exposure to commercial paper over the last six months, and that it had bought more U.S. treasuries, which he claimed was the majority of the Tether reserves.

Nevertheless, some traders decided to sell their USDT and trade it in for the relative perceived safety of USDC and other stablecoins. USDC spiked around 0.2 above its peg as it received the extra liquidity from USDT.

At time of going to press, USDT appears to have returned to its peg, and having left it a few times in the past, it has always managed to regain it. Worry now over?