OMNISPHERE: The Complete Solution for a Sovereign, Efficient and Decentralized Internet 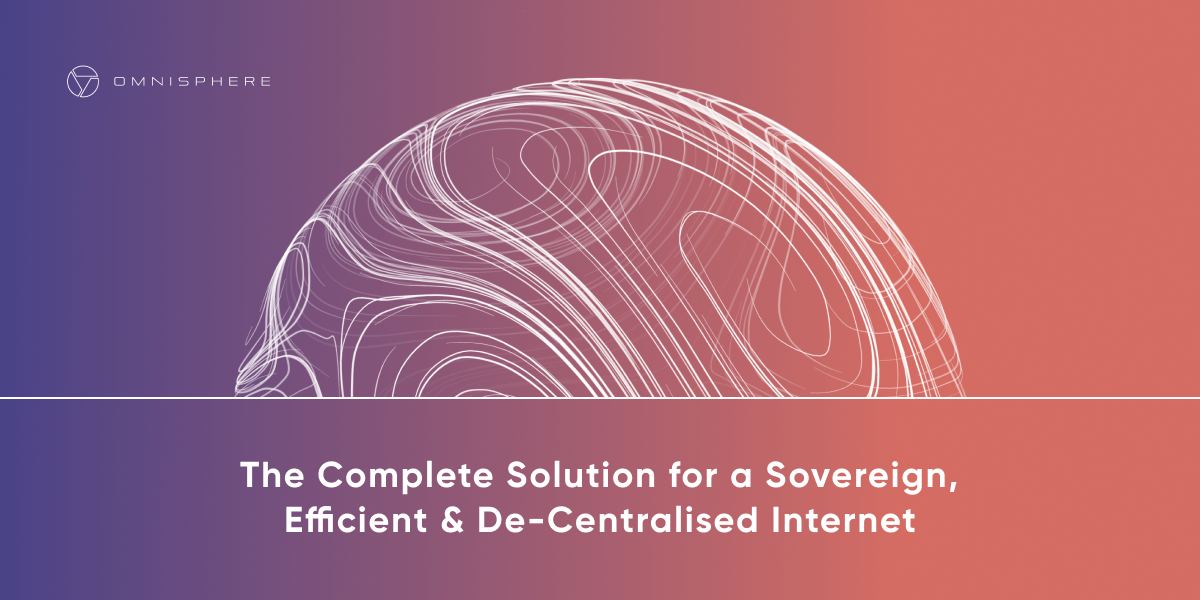 One of the most talked about issues in the world today is that of users' internet data. In a world where the right data could be worth billions of Dollars, the security and privacy of user data has never been more important. Unfortunately, big techs have consistently shown us that they cannot be fully trusted with the safety of our data.

One solution to these problems is a decentralized internet that gives users complete control over how their data is being stored and used. With the advent of blockchain technology, this has never been more within reach.

Omnisphere is a platform that leverages blockchain technology to provide a trustless, efficient, and decentralized internet.

WHAT PROBLEMS DOES OMNISPHERE SOLVE?

Users are growing increasingly more worried about the privacy of their data. In a global survey, over 78% of people said that they felt very concerned about their data privacy.

In a world where tech giants and large corporations continue to monetize user data and give users little or no control over their data, it is imperative to find a solution that prioritizes users and gives them complete control over how their data is being used and stored.

Omnisphere solves this problem by storing user data on a trustless and decentralized blockchain platform. With Omnisphere’s use of smart contracts on a blockchain, users now have complete control over their data and can require payments for third parties to get access. This immediately brings value due to the massive power shift from tech corporations to users.

One of the most critical issues in the world today is climate change. Information and communication technologies account for roughly 2% of all fossil fuels emission in the world. This number is set to increase by ten-fold before the year 2030. It is now more important than ever to build innovative data technologies that drastically reduce fossil fuel emissions in the ICT industry, and this is precisely what Omnisphere has built.

One problem often encountered with most blockchain solutions, is the blockchain trilemma. It was impossible to have scalability, security, and decentralization in one blockchain technology, so projects often chose two and sacrificed the last. Omnisphere solves this trilemma uniquely and innovatively by using two networks layered on each other; this is known as sharding. Sharding allows blockchains like Omnisphere to scale up rapidly without having to sacrifice security or decentralization.

HOW DOES OMNISPHERE WORK?

Omnisphere combines decentralized capacities, blockchain, and private full-stack applications in a novel way that allows them to deliver an efficient and decentralized internet.

The Omnisphere is divided into three layers;

The OSP token is the native Omnisphere token that enables transactions to be carried out on the blockchain. The OSP token facilitates the payment for computing and network services and the setup and maintenance for Unisphere. It is used to remunerate capacity providers and pay transaction fees,  where users can stake them to earn rewards, and use them to participate in community voting exercises.

There will be a total of 1 billion OSP tokens, and the token allocation is done in four parts;

As the future of the internet is decentralized, it will be interesting to see how this project develops over the next several years. Complete user control of data will change the way the world operates and massively impact the technology space, and this is exactly what Omnisphere is set out to do.