Why Trading Bitcoin in Satoshis Is Long Overdue

in satoshi Trading Bitcoin
by CryptoDaily 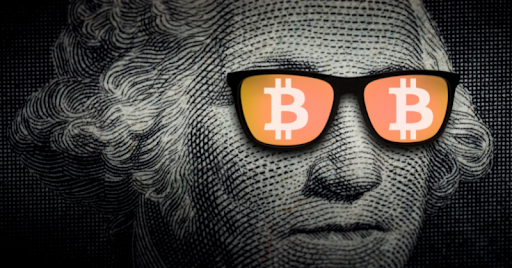 With Bitcoin prices ballooning up above, say, the price of a new car, lots of people think it is time for a change.

When Bitcoin was back in the hundred-dollar range (in its infancy,) it was easy to buy a coin. Now, with Bitcoin prices around $44,000 each, experts are thinking that the cryptocurrency could benefit from the equivalent of a ‘stock split,’ something that equities companies do when shares have become too expensive for small-time investors to want to get involved.

Sure, there's fractional trading, and choices like the Grayscale Bitcoin Trust, but being able to buy a unit of something is psychologically important to a great many traders and investors. So moving to the Satoshi may be inevitable.

Essentially, one Satoshi is worth a 100 millionth of a Bitcoin. Or to say it another way, 100 million Satoshis are worth one Bitcoin – right now, that's around $44,000.

So if you do the math, one Satoshi is a tiny fraction of a cent. It doesn't have much value by itself, but several hundred thousand of these put trades and purchases back in that range that's comfortable for a larger number of investors. By the way, why is it cal;ed the Satoshi (SAT)? Well, this miniscule amount of Bitcoin is named for Bitcoin’s inventor, which is a whole other story.

Why Satoshi Trading is Overdue

Per-coin values aside, there is another reason that people looking closely at Bitcoin suggest that the Satoshi should be the unit of choice for exchanges and other stakeholders.

Even back in the early days, insiders continued to call for more and broader cryptocurrency “on-ramps” or in other words, easier channels for people to wade into the Bitcoin market. The idea has always been getting more people involved beyond just an elite technical audience. Some of that has been accomplished by top exchanges, but there’s a lot more that can be done.

One type of early cryptocurrency on-ramp was merchant services, but to be honest, Bitcoin and other coins never really developed into commonly used methods of payment. Instead, many of them became speculative assets. Along the way, many of them fell into “Davey Jones (coin) Locker” never to return. Even today, people don’t usually use Bitcoin to buy a cup of coffee. Companies, though, do use it for capital reserves, which says a lot about how Bitcoin has evolved.

With that in mind, switching to Satoshis is likely to get a lot more people involved. Investors who didn't want to try to deal with buying a $100 piece of a Bitcoin (in tangible terms, the equivalent of a tiny shaved crescent) might be willing to buy the equivalent in SATs and trade that on modern platforms, which are evolving very rapidly.

So who's adopting the Satoshi as a Bitcoin trading unit?

AAX is the first exchange of its kind to switch over to a Satoshi system. This exchange, which was started in 2018 during the “crypto winter,” shares a platform with the London Stock Exchange Group (LSEG) and offers many cryptocurrency pairs, significant liquidity and more.

There's also the exchange’s successful rollout of its AAB token, that now has a $5 million market capitalization.

The vision of AAX and other innovators is to create a new kind of market, not to retread old ground.

Some existing cryptocurrency projects seem to have failed due to a lack of creativity, not to mention regulatory oversight. Now, new players are emerging with new confidence, and new ideas. AAX is leading the charge. Look for these trading options to take over as the Bitcoin age rolls on.