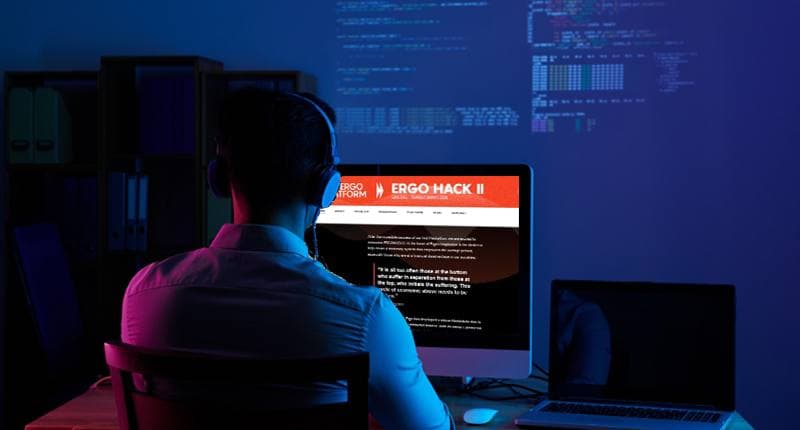 Cryptocurrencies are gaining more and more traction around the world as viable alternatives to traditional money. The total market capitalization now sits at over 2 trillion dollars and it continues to grow at an incredible pace with new investors looking to join the market with the promise of these technological advancements.

Many blockchain platforms offer secure and safe financial transactions. Cryptocurrencies provide a decentralized finance (DeFi) future and an alternative to economic models that have continually limited the way citizens control their money. Among the numerous DeFi projects and cryptocurrencies in development, Ergo has emerged as a blockchain committed to empowering the average person while tackling socio-economic issues.

Ergo is built on the rock-solid foundations of a decade of blockchain research, and it includes advanced cryptographic features and radically new DeFi functionality. Ergo is the culmination of years of experience by the core developer team.

There are many dApps (decentralized applications) available in the Ergo Ecosystem with the blockchain set to launch its highly anticipated decentralized exchange (DEX), ErgoDEX. ErgoDEX will provide shared liquidity between AMM and Order Book liquidity pools, high functionality with order buy-back and partial filling, and cross-chain interoperability on both the Ergo and Cardano blockchains.

Ergo’s native token ERG has been showing a very healthy upward trend since the beginning of this calendar year, having risen over 2000%. Users can buy, sell, and trade ERG via top exchanges such as KuCoin, Bitcoin.com Exchange, Gate.io, BiKi and HotBit.

In addition to these listings, ERG is also available in TradeOgre, VITE, CoinEx, Probit, Consbit, Swop.fi, TIDEX, and Waves DEX.

Ergo conducted a hackathon event last June where developer teams proposed projects aimed at creating new tools and dApps for the Ergo Ecosystem. Some of the project ideas included developing tools for data notarisation and NIPoPoWs, as well as a non-custodial pseudo-ETF platform for users to pool their assets in an investment portfolio on the Ergo blockchain.

The proposals from the first Ergohack were a huge success with many of these projects now set for implementation within the Ergo Ecosystem. As a result, the Ergo team is looking to continue building on the momentum of the first hackathon and has announced a call for applications for ERGOHACK II. This event will take place from October 8 - 10, 2021 and invites participants to explore the theme of social transformation.

ERGOHACK II is open to teams of 2-5 people who are passionate about developing projects that deal with social transformation and the mass adoption of blockchain technology. Proposed projects from ERGOHACK II will get a chance to be deployed in the Ergo ecosystem.

Participants will get the opportunity to work closely with Ergo’s development team and all projects will be up for consideration for several prizes. The prize money is worth 9k SigUSD and there is an additional award where a participant will get a job interview to work for the Ergo team.

The deadline for ERGOHACK II registration is September 15, 2021 and interested participants can apply here.

Ergo’s technical team has extensive experience in the development of cryptocurrencies and blockchain frameworks with one of Ergo's co-founders being a core developer at NXT. Both co-founders (Alexander Chepurnoy and Dmitry Meshkov) are alumni of IOHK and have previously worked on Scorex, Waves and smartcontract.com (now Chainlink).