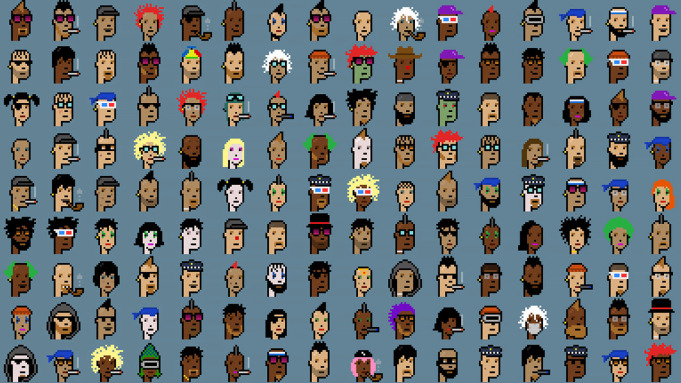 Larva Labs, the creators behind the popular NFT project CryptoPunks, Meebits, and Autoglyphs, has signed an Intellectual Property deal with United Talent Agency (UTA), an agency based in the famed Hollywood district.

UTA will represent Larva Labs and its creations for intellectual property (IP) deals in TV, film, video games, licensing and publishing. Launched in 2017, Larva Labs’ CryptoPunks project is a pioneering NFT project on the Ethereum blockchain. With the deal, Larva Labs has effectively become one of the first “crossover” companies that have originated from the crypto and blockchain space and transitioned to mainstream recognition.

“I would say that it is one of the first opportunities for an IP that fully originated in the crypto-world to enter a broader entertainment space, and they earned it. They really have hit the zeitgeist in a tremendous way,” said Lesley Silverman, Head of Digital Assets at UTA.

Larva Labs has also created computer-generated images now encased as NFTs in the form of the Meebits NFTs, which were only recently launched in May this year. Meebits NFTs consist of 3D voxel characters made for the metaverse and NFT gaming. There are 20,000 unique Meebits.

Larva Labs’ Autoglyphs project, on the other hand, launched in 2019 and is a collection of 512 pieces of generative art works minted as NFTs. Autoglyphs are generated as users donate 0.2 ETH to 350.org, Larva Labs’ chosen charity organization which fights against climate change.

The CryptoPunks project by Larva Labs surged into popularity this year, riding the wave of interest in NFTs which has seen over $2.5 billion in sales during the first half of 2021. Data from CryptoPunks has tallied some $1.18 billion worth of total sales since its inception in 2017. Interestingly, $304.8 million of these sales were made in the past week alone.

In recent news, Visa made its first foray into the NFT market with a CryptoPunks purchase, buying CryptoPunk 7610 for 49.5 ETH (~$150,000). To date, the cheapest CryptoPunk NFT runs for 115 ETH (~$391,000). Celebrities like entrepreneur and rapper Jay-Z and electronic musician  Steve Aoki reportedly own CryptoPunks.

As limited edition NFTs (only 10,000 have been minted), CryptoPunks represent NFTs as an emerging asset class from within the crypto space: works of art that run for millions of dollars. Whether they can be considered as stores of value, or just as artistic works that deserve curation and collection, is up for debate.