Blockchain And How Can You Benefit From It 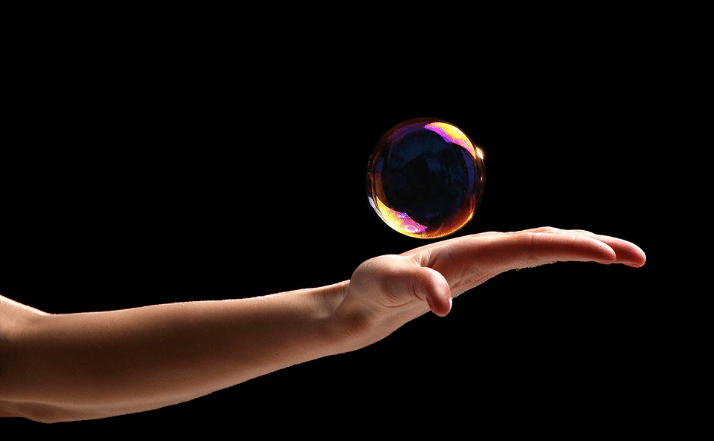 In between all of these is a crucial factor: nodes. In the virtual coin and digital asset world, nodes are computers connected to a crypto network. Nodes can carry out functions like creating information as well as receiving and sending them.

Users can also be node validators on blockchains. Platforms like Minima have made it increasingly simple to become a node; you only need a phone. In this article, you’ll find out how well you can benefit from the blockchain and gain some rewards from completing tasks for the network.

How Can You Benefit from Blockchain?

The benefits of blockchain and its use cases are countless, yet still largely untapped. Here are some ways you can benefit from the blockchain:

Blockchain’s historical transaction data is perfect for users whose companies deal with products traded via a complex supply chain. Such transactions could be difficult to track.

However, when users record the exchange of goods on a blockchain, they are left with an audit trail showing the source of an asset, including every stop it made along the way. Besides, historical transaction data can verify how authentic an asset is while preventing fraudulent acts.

Blockchain streamlines and automates trade and several other use cases. You can complete designated transactions quickly and efficiently. What’s more; you avoid clutter since blockchain does record-keeping in a single digital ledger shareable among participants.

There is no need to reconcile multiple ledgers and cause clutter. Besides, everyone having access to the same info means trust is easier, and there is no need for intermediaries.

Cost reduction is a priority in any business, and it can be a possibility with blockchain, especially with the absence of middlemen/third parties. So instead of incurring the costs of intermediaries, you trust and trade with trade partners using permission access. Besides, the data on the blockchain is accessible to all and is not susceptible to changes.

Blockchain technology prioritizes transparency above everything. The fact that it uses a distributed ledger where all participants have equal access makes it so.

What’s more, the blockchain participants will only update the distributed ledger via consensus. And such a change would mean altering future records as well. So this is why blockchain is consistent, accurate, and transparent.

Nodes are computers that connect to a cryptocurrency network like bitcoin and use a peer-to-peer protocol. The protocol allows these nodes to communicate with themselves in the network and spread important information on blocks and transactions.

So for a blockchain to validate a transaction, the majority of nodes in that network have to agree that it is valid. Nodes make up the blockchain network and are a vital part of how they operate.

There are several types of nodes that blockchain networks use, including lightweight, full, and miners’ nodes. Full nodes provide security to the network. They download the whole history of a blockchain to observe and enforce its rules.

Blockchains and Staking Platforms You Can Benefit From

Every node in a blockchain network can become a mining node if they want, but the reward and benefit are in becoming node validators or node operators with networks or blockchains like the following:

Minima, a scalable and inclusive network, lets all its users become node operators with only their mobile phones and internet connection and rewards them with benefits. The decentralized PoW platform runs an incredibly lean blockchain protocol that users can fit into any IoT device or mobile device.

With this, every user on Minima can run a full validating node. What’s unique about Minima’s level of decentralization is the fact that it is censorship-resistant. The platform achieves this by making sure none of its relevant authorities overarches their permissions or tries to control the network.

Such a move goes a long way in creating an ecosystem in Minima that is as strictly accountable as autonomous. What’s more; users are treated to a base layer protocol that reduces vulnerabilities while it utilizes and exploits all of blockchain technology’s benefits.

In effect, guardian nodes help keep the Theta blockchain secured. To be a node validator on Theta, you need to stake a minimum of 1,000 THETA as well as have these hardware requirements:

Theta pays staking rewards every 100 blocks to several different stakes. Expect the size of the stake to cause the chance of regular payouts to increase irrespective of the amount of staked Theta to the Guardian Node.

YeFi.one is a decentralized finance staking platform that users in the cryptocurrency space can benefit from. Users don’t have to trade assets to earn. Instead, they can choose to stake their assets from 1 to 15 days, with options of auto renewal.

One pretty cool thing about YeFi.one is that it runs on a unique smart contract. This contract determines interest rates and allocates rewards every ten minutes with every block mined. What’s more; YeFi users can choose to withdraw their accumulated interest whenever they like.

Another reason Yefi.one stands out in the DeFi space is not just the ease in using it but that it is extremely secure. Beosin, an external blockchain auditing company, audits Yefi.one’s smart contract. It has proven to be tolerant to exploitation and solidly secured. 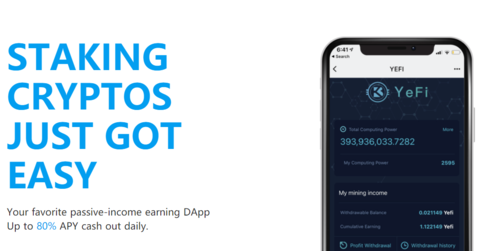 Tezos is another blockchain platform that lets users benefit from running nodes and contributing to its decentralization. Tezos runs on a consensus mechanism called Liquid Proof-of-Stake (LPoS).

The blockchain also allows its users who hold tokens to delegate validation rights to other token holders without transferring the ownership of these tokens.

The token holders are called validators. On Tezos, like several other blockchains, the node is the main actor, and it does two duties for the Tezos blockchain:

Users who delegate their accounts to validators on Tezos earn whatever rewards the process generates, minus the fees for validating. Currently, the annual yield on the Tezos blockchain is 6% after you minus the validator’s fees.

For new users delegating, it takes around five weeks or thereabouts for them to receive their first rewards from their validator. Once this first reward is out of the way, expect your rewards to come in about every three days.

Although rewards in the blockchain aren't get-rich-quick schemes, one of the ways to benefit from the blockchain is to be a node validator. Some platforms like Minima make node validating pretty easy with just a smartphone needed.

Others like Theta may require a computer or laptop to begin earning at entry-level. However, you can validate nodes through staking, and by staking, you need to have crypto funds.