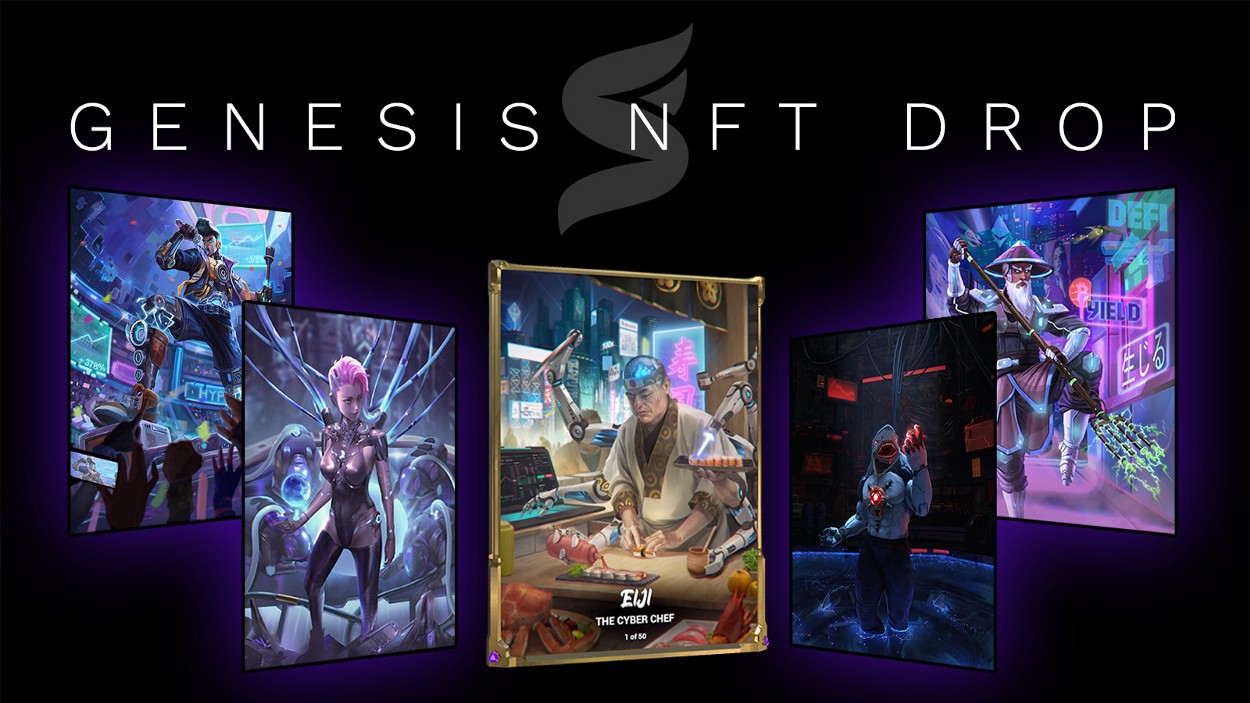 SuperFarm, a cross-chain decentralized finance (DeFi) protocol announced details regarding the launch of Genesis Series, the first non-fungible tokens (NFTs) to be released on its platform.

The release follows SuperFarms’s beta phase for its platform’s marketplace service. The first wave of drops provides a range of user privileges and experiences, which includes exclusive access to future drops. SuperFarm token holders are also enabled to unlock in-game items in the series of immersive video games powered by NFTs and the SuperFarm protocol. The first drop for Phase 1 of the beta is aptly named as Ba$$, The Hype Lord and has been released today.

The five-day period for Phase 1 will release new characters each day. These characters are set in a fictional, dystopian future with cyberpunk genre themes, and are set within the same universe as the protocol’s EllioTrades collection.

These NFTs are categorized as Legendary, Epic, Rare, Uncommon, and Common, with each tier representing a certain percentage of chance to access a priority queue where for future NFT Launchpad drops designed for SuperFarm token-holders. Holders of a Legendary NFT have a 90% chance, while Epic provides holders with a 50% chance. For Rare, Uncommon, and Common, the rates are scaled accordingly at 30%, 20%, and 10%.

SuperFarm’s Genesis Series NFTs are platform-native and feature a Farming Multiplier. Wallets that contain these NFTs are automatically tracked and tagged to benefit from the Multipliers for their rewards. The farming boosts range from 40%, 25%, 15%, 10%, and 5%, according to the five tiers. The Genesis Series NFTs released per phase also provide holders with SUPER tokens which can be claimed a month after the sales, with the sales extending for six months afterwards on a linear, block per block schedule.

As a cross-chain protocol primarily designed for utility tokens, SuperFarm leverages blockchain technology to turn any token into an NFT farm without setting it up locally, no code required. The platform bridges current ecosystems with the growing gaming industry. NFTs from SuperFarm and its partner farms will gain utility within real Triple A title and would no longer be just pixels on a high refresh screen: these NFTs will hold the power to unlock unique digital experiences for collectors and gamers alike.

SuperFarm has revealed plans to release more details about its SUPERVERSE initiatives, a set of projects that ultimately aim to synergize the gaming, NFT, and DeFi spaces.