Money: How Crypto Will Overthrow Fiat 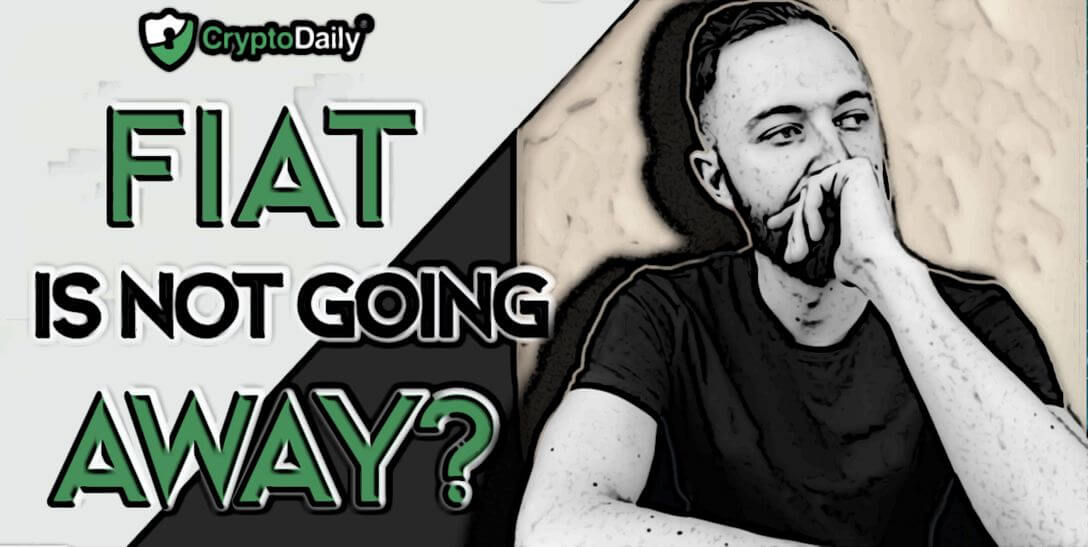 A recent argument was made by the founder and CEO of Nexves, Chris Herd on how cryptocurrency will be the next ‘operating system’ for capitalism.

He starts off saying that money isn’t something that will last forever. He goes on to write:

“It [money] didn’t exist when exchange evolved to become a feature of humanities first economic system, nor will it persist when there is no advantage to using it. That time is approaching far quicker than traditionalists care to admit.”

In reality, there has been a move that some will have caught onto more than others. The move of becoming a cashless society. This is a move that is in its final stages. Most people across the world won’t carry cash anymore and why should they?! Almost every coffee shop, clothes store, supermarket and corner shop will accept contactless payments in the modern age and if you come across one which doesn’t, I can almost guarantee that in six months they will have a new system that accepts them.

Herd makes a good case on the ‘cryptocurrency is a bubble’ argument. He says:

“Money doesn’t care what you think. It is simply a means of exchange. When it’s utility is replaced by something more efficient it will become extinct.”

But as of now, it is a protected entity with a few traditionalists who are trying to save it from the depths.

With the price of fiat valuations being completely on their own and not tied to any commodity, you could argue that fiat is also a bubble…

Herd asks the reader to give him a valid reason for if we stopped believing in the value of fiat today, it would have a value tomorrow.

“Without resorting to the argument of historical precedent, the size and scale of central banks or the promise these institutions have made to maintain a certain valuation what do you have to argue against it?”

Herd says that it is still a question of trust and belief which almost forces you into considering that there might be a technological solution which again, forces a level of trust for you to believe that it is inconceivable in a human-led system.

“Your argument might still be that cryptocurrency is a bubble, but I raise you the perspective that all money is. It is a product of our beliefs married to our hope that its value will remain. Ditto stocks, shares, and bonds.”

For the past 30 years, money has been “an intellectual construct centered on humanities trust in Governance ”. Even so, the trust in these institutions is very low in the modern age. The decisions they make don’t have any real backing and so there is no trust from the public.

So this is where crypto comes in.

As Herd argues, cryptocurrency isn’t just the future because that is what some people would make you believe but instead because it is a new operating system for a decentralised world.

Crypto takes back control of the things that we are most dependent on for us to subsist. It is the future because it is already having an impact on how we act.

The leading cryptocurrency, Bitcoin has allowed a whole new generation of citizens in Venezuela to have an alternative to the lethal bout of inflation left unchecked by corruption in the nation.

“No longer do we have to trust a government to reign over us and carelessly prescribe dangerous monetary policy which we must accept.

No longer must we accept situations of austerity forced upon us due to government intervention in a financial collapse where there was no punishment for any of the individuals who caused it.

No longer is our future dependent on the whims of governments.”

On the other side of the coin, you can say that cryptocurrency is overvalued, prone to manipulation and that it isn’t a viable medium high-frequency transactions to occur.

The question remains as to what you put on trust programmed into an immutable ledger where those participating hold keys to how the platform grows.

He finishes off by saying:

“Let the non-believers have their day, but the moment central banks pushed the button on quantitative easing they signed the death warrant of capitalism operating system that monopolized the world.

Capitalism isn’t going anywhere though. Cryptocurrency is simply a more efficient vessel which allows for its manifest destiny to be realized.