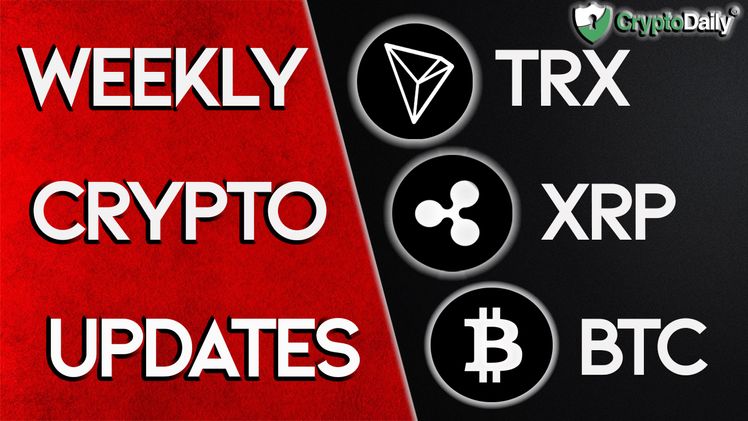 As always, the crypto space has come out with a lot of fresh news this week with brand new announcements, interviews and price speculation. This week saw one Bitcoin billionaire give his thoughts on BTC and why you should hold it now when ‘no one really cares’. We also saw UAE exchange join Ripple based payments in Thailand and we also saw the charitable side to the CEO of TRON, Justin Sun.

One Bitcoin billionaire from China has taken to WeChat to discuss the industry. Zhao Dong predicts no thaw of crypto-winter in 2019 but does say that now is the best time to stock on on your digital assets like Bitcoin while their cheap and hold them for the foreseeable future.

Dong made his comment in the WeChat group ‘The Public Chain Alliance Crossing The Bulls And Bears Elite Team’ which we can only assume will sound better in Chinese.

The Bitcoin billionaire said that there was obviously less people getting involved in the Bitcoin and following it’s footsteps than there was during the 2017 bull run. Dong indicated that the same kind of people that jumped on the bandwagon in 2017 won’t be coming back until Bitcoin reaches those levels once again.

“For most people, if they don’t pay attention to Bitcoin now, they won’t pay much attention to most of the time, so for them, only how many tens of thousands of bitcoins will break them will be noticed again. If you and I believe in the future of Bitcoin, so it is best to hold as much as possible when nobody cares.”

As for this year, the Bitcoin billionaire warned that investors shouldn’t get their hopes up saying that there will be a lot more companies who fail over 2019. Despite this, Dong does say that from the ashes of the failed projects, a new wave of innovation teams will learn from their mistakes and be better for it.

As written in a press release posted on the 11th, the international payment platform and foreign exchange operator, Finablr has recently teamed up with Ripple’s RippleNet blockchain network.

Based in the United Arab Emirates, Finablr’s network brands a payment platform Unimoni will use the blockchain based platform provided by Ripple to follow through with real-time transactions to Thailand.

On top of this, the firm has said that it is aiming to expand their services to other countries in the future.

“The first partner in the service major Thai bank, Siam Commercial Bank, letting UAE Exchange and Unimoni customers globally send money to Thailand. The bank has been working with RippleNet since September 2018, when it became the platform’s first financial institution to trial a key feature dubbed “multi-hop.”

Finablr owns several brands outside of UAE Exchange and Unimoni such as Xpress Money, Travelex, Remit2India, Swych and Ditto which looks to launch blockchain technology some of their services as well.

“While most clients have opted to use its payments infrastructure without the XRP cryptocurrency that Ripple helped develop, Euro Exim Bank became the first bank to publicly announce it is using XRP for cross-border payments in early January.”

Justin Sun is one of the most prominent faces in the crypto industry and is also the CEO of the popular decentralised platform TRON. Sun has always been known to keep his community up to date and earlier this week he even showed his charitable side after offering a job to a former BitTorrent employee who lost all of his life savings following the end of the QuadrigaCX exchange.

It quickly became apparent to the former employee Tong Zhou that he had made a huge mistake after he decided to keep all his life savings in one exchange. When the news reached the Justin Sun, he decided to give him a helping hand.

There is a lot of people in the crypto space that were both shocked and saddened to hear Zhou’s story who was just one of the 115,000 customers of the QuadrigaCX exchange.

After hearing the news on Twitter, Sun said this:

Tong Zhou was an ex-@BitTorrent employee and I am saddened by the news of the loss of his life savings in Quadriga CX's digital EX. I sympathize with his predicament and would like to hereby extend an offer to him to once again return to #BitTorrent. #TRON https://t.co/TFh41DWD77

To reiterate what we said earlier in the week, despite the bear market getting the community down, this is proof there is some good people in the crypto space who are willing to give a helping hand to those who need it.