Will OTC Trading Be Bitcoin’s Saviour 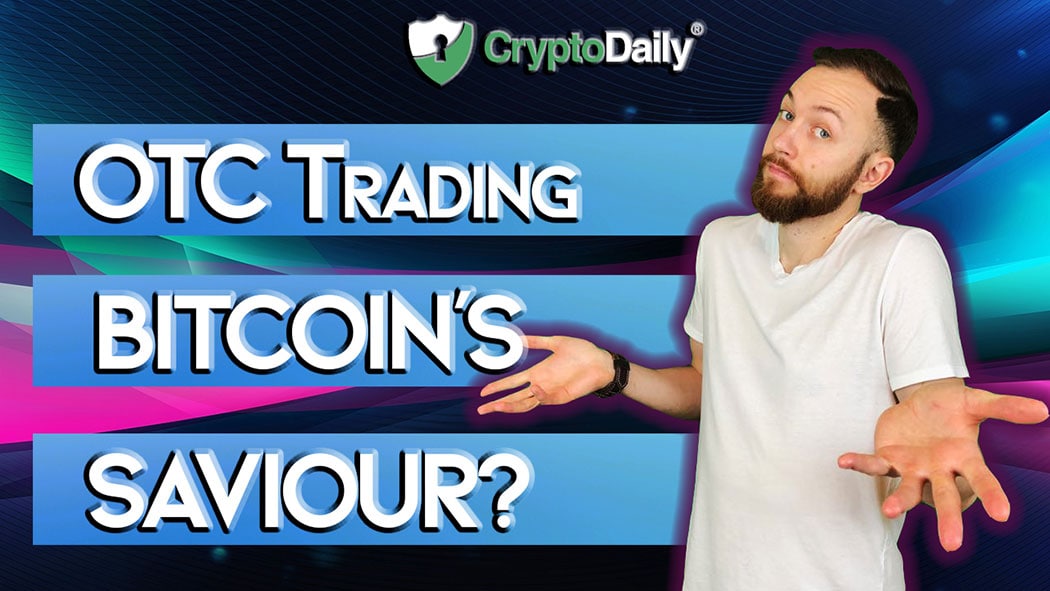 It’s common knowledge within the crypto space that the price movement on cryptocurrency exchanges across the globe hasn’t been very favourable lately. There hasn’t been a whole lot of volume or activity happening on exchanges in recent months and so with this, the market has been crawling along, waiting for something to happen. With the market being in such a state, Bitcoin’s death is once again.

But there is an endless chasm which is mainly ignored when it comes to the popularity and utility of cryptocurrencies especially that of the leading cryptocurrency. In a similar way to “tunnels and pedways filled with bustling populations of busy subway systems hidden under quiet urban streets,” Bitcoin is being traded on a daily basis and its growth is phenomenal.

There are different sides to Bitcoin trading and one that is often ignored is over-the-counter trading and especially its ‘grassroots’ relative, localbitcoins.

For those that don’t know, localbitcoins is a bitcoin startup company based in Finland. The firm facilitates over the counter trading of local currency for Bitcoins. The user can post advertisements on the website where they state exchange rates, payments methods and more.

In general, when examining volume and price movement of Bitcoin, most people tend to look at its pricing in comparison to USD currency on major exchanges like Coinbase or Bitfinex. The currency is always being traded on these exchanges against the US dollar, whether it is in the form of fiat or against stablecoins designed to copy the relative stability of the US dollar. In addition, Bitcoin futures have also been argued to be good indicators of future prices - especially in a high-risk leveraged trade which consists of short or long bets.

Nevertheless, all the price ‘discovery’ doesn’t account for an entire robust system that is running around beneath our feet, OTC and localbitcoins trading.

As per Hackernoon, a good example of this is as follows:

“If I want to buy bitcoins, I could buy from an exchange, where the price would be seen by all traders. However, I could instead buy the bitcoins from a friend, neighbour, or someone I meet online, simply handing them cash in exchange for their bitcoins. In this case, no price discovery takes place whatsoever. Only the buyer and the seller know the agreed price. I could accumulate a lot of bitcoins without ever causing any direct impact on the exchange pricing of the currency, as long as I hold the bitcoins and don’t sell them on an exchange or to a merchant in exchange for goods.”

OTC trading is like this, just on a much bigger scale.

To put localbitcoins into perspective, think of something like Craigslist or Kijiji (an online advertising service operating as a centralized network of communities), except with the purpose of trade being specifically for the buying and selling of Bitcoins against local fiat currencies. After this, sellers will then post their offering and buyers then connect with sellers to purchase the wanted number of Bitcoins. The increasingly active market is not reflected in the value and volume of Bitcoin on exchanges.

You can observe the trading volume of Bitcoins through localbitcoins across the globe via Coindance. Funnily enough, you can also look over the volumes of trading which have increased massively (even since the peak of 2017). If you look to South America, many citizens have recently gone through suffering with the falling value of cryptocurrency and in some cases, hyperinflation has occurred.

“Bitcoin can be accumulated by any interested buyers without causing a stir in the exchange market. Larger investors may use OTC trading while average retail buyers use trading tools like localbitcoins to quietly stock up. Entities that have a vested interest in the long-term value of Bitcoin, but wish to pile up their collection on the cheap, can use these off-exchange methods to accumulate, all while keeping the more visible exchange markets subdued and relatively inactive.”

The popular cryptocurrency content creator on YouTube, Sunny Decree broke down this problem in detail in a video he posted last month, which you can watch here.

Or you could take a look at localbitcoins trading on Coindance and see the trading volume expanding for yourself.