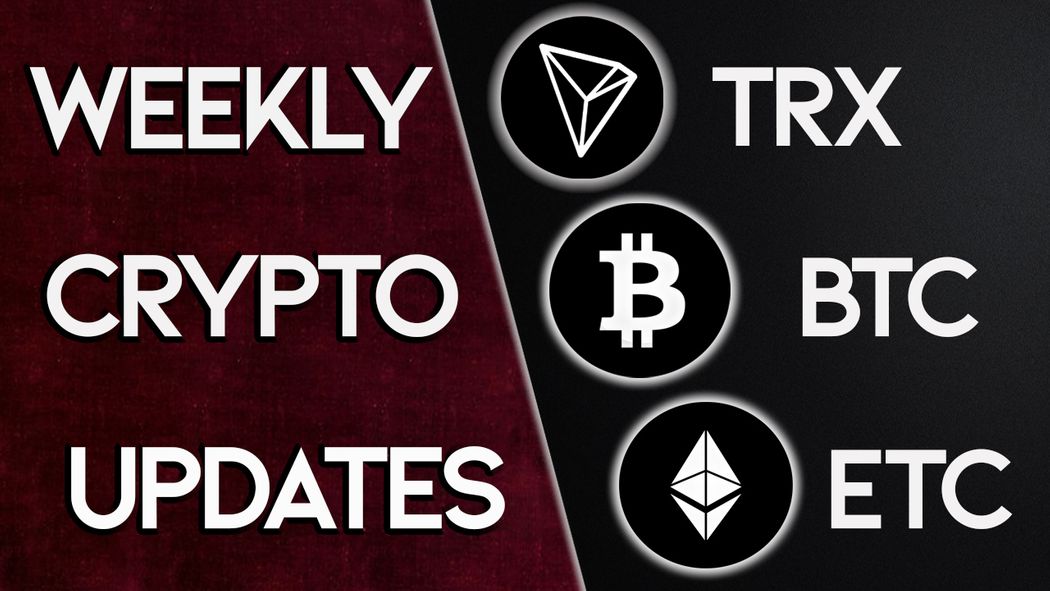 As we move further into the new year, we are starting to see some crypto projects really stand out as contenders for 2019. More than any others, TRON TRX - a cryptocurrency backed by a project that promises the most exciting growth during 2019. On the other hand, some other projects haven’t started the new year with quite the impact they would have hoped, namely Bitcoin, the world’s leading cryptocurrency and Ethereum Classic, the ever popular Ethereum spinoff, which has fallen victim to quite a large scale hack during the past week.

Before we continue, let’s just note that the performance of cryptocurrencies over the past couple of weeks is not a true indicator for what might happen with the markets through the rest of the year, 2019 has only just begun and we expect to see some incredible movements this year, therefore don’t get down just yet - things seem tough at the moment, but they should brighten up soon enough!

Investment is risky, so as ever, please remember to do prior research before choosing to invest and only do so in a safe manner!

The biggest news out of the TRON camp this week comes as the TRON Foundation, led by Justin Sun, have announced the employment of a Former SEC Attorney - David Labhart. Labhart joins the team as TRON’s Head of Compliance and will be using a wealth of expertise gained from the SEC to ensure that the future growth of TRON and TRX is in line with any regulations that could cause obstacles in the future. This indicates the start of a new move towards regulation within the TRON Foundation, who aim to develop the world’s first, truly adoptable cryptocurrency.

By moving towards regulation, TRON are getting their product ready for mass adoption on a consumer and institutional level, therefore the employment of Labhart really is quite a big deal.

As covered recently by Crypto Daily:

“Labhart will be acting as TRON’s co-general counsel and will be using his rich experience of 15 years in the securities sector to benefit the crypto business which is always growing even during the current bear market. The latest employee for TRON was clearly excited to start his new role stating, Joining TRON is the perfect progression in a career driven by a passion for the frontier of financial industry; where technology meets regulation.”

This fits in with the lengthy TRON roadmap, that continues to plan a path for TRON and TRX for many years to come. The team at TRON are always trying to push forward, now, with Labhart on board we can assume that this forward momentum is only going to accelerate, TRON could meet some high level regulators very soon, when that happens, TRON could finally become a seriously adopted crypto project, maintaining one of the worlds biggest cryptocurrencies.

Now, we have seen the price of Bitcoin fall again this week, it’s become a victim of a new year nervousness that seems to be having quite a big impact on the markets. However, as covered by Crypto Daily earlier this week, this might not be a bad thing:

“Even though the news isn’t great for investors in Bitcoin (suppose you’re all used to it by now anyway) one widely used technical indicator is suggesting that the leading crypto could be reaching a point of inflection which could lead it to a huge movement in price. This indicator is now seeing a drastic narrowing of its upper and lower bands, which typically precedes a large price swing. This, coupled with the recent buying trend that Bitcoin has been in, may signal that it will see a significant increase in buying volume in the near future.”

What this means, in plain terms is that the low price of Bitcoin at the moment is sure to inspire plenty of buying, muddle this in with new year optimism and what we have is a potential sudden surge in the price of Bitcoin, thanks to the fact that Bitcoin could well see a huge wave of income over the coming months. We can’t guarantee that this will happen, it’s speculation after all, though we can all dream…

Ethereum Classic has fallen victim to a 51% attack this week, during which hackers managed to take over control of over 50% of the ETC network. This in turn allowed hackers to maliciously carry out double spend attacks, spending the currency twice, which eventually allows the extraction of falsified funds. This was first detected by security analysts from Coinbase, who as we know have recently listed Ethereum Classic.

Lessons have been learned from this and hopefully Ethereum Classic can protect itself from similar hacks occuring in the future. This however has raised a number of questions about the integrity of other Ethereum based projects that remain susceptible to these sorts of attacks as a result of their low market capitalisation.

PREVIOUS What Could Push Bitcoin To $5k?
NEXT IOTA’s Potential on Our Lives